Brand marketers must move on from claims-based culture 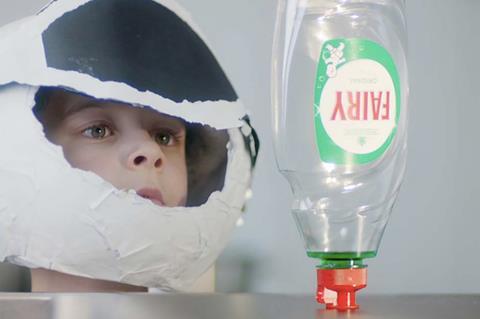 As supermarket sales see the first overall decline since 2016, many are pointing to Brexit uncertainty as a key factor. But a more long-term problem might be emerging in fundamental aspects of fmcg product marketing. There’s evidence that brands are displaying a significant lack of empathy for consumers’ reality as the disconnect widens between how brands are behaving versus what consumers need and want to hear from them.

A big part of this is perhaps because the world of branded fmcg has historically been claims-driven – felt to be the only way to effectively support a price premium. In this model, marketers and R&D teams incrementally improved the product year on year, so that each year a different claim could be launched.

As a result, packaging quickly became a place to display price-justifying credentials, with any kind of more emotional messaging relegated or ignored. Shoppers learned to place value on this information and performance-driven culture. It became widely accepted that a supermarket’s own brand was never going to perform as well, but the trade-off between price and quality was willingly accepted.

In a time of fewer brands with larger above the line budgets, these claims could be made meaningful and memorable. For those of us who grew up in the 1980s, who can forget Fairy Liquid’s ads with endless rows of sparkling dishes lined up against the competition’s weaker cleaning performance?

However, the world has rapidly shifted on its axis and we’re seeing radical shifts in consumer behaviour that fmcg brands and supermarkets need to jointly address.

The shift to online grocery shopping has undoubtedly represented the greatest change. Instead of perusing the shelves looking at details, shoppers are now immersed in an environment where packaging is reduced to a thumbnail size, rendering detail obsolete.

At the same time, supermarket own-label brands now offer almost parity performance and satisfaction with brands – as witnessed by Aldi’s award-winning ‘Like brands. Only cheaper’ campaign, so ‘superiority’ is no longer the key to unlocking growth.

Meanwhile, newcomers that would once have been considered niche have broken through the consideration barrier and driven widespread awareness and engagement with bold, emotional messages that pay little heed to endlessly researched claims. Oatly’s bold statement – “it’s like milk but made for humans” – shows the clear move from the provable to the relatable.

Traditional fmcg brands are only just starting to play catch-up with this brave new world – reluctant to cut their ties with reassuring claims, and even more reluctant to jettison them from packaging. While they continue to focus on communicating ‘critical’ information, more revolutionary brands are ripping up the rulebook.

A more EQ, vs IQ, approach is required. Fmcg brands need to re-engage with customers and better understand their evolved needs. Ask these questions: what really turns people on when shopping, what benefits are they really looking for, and what will make them feel good about a purchase? Hint: it’s probably not how many stains your washing powder removes!