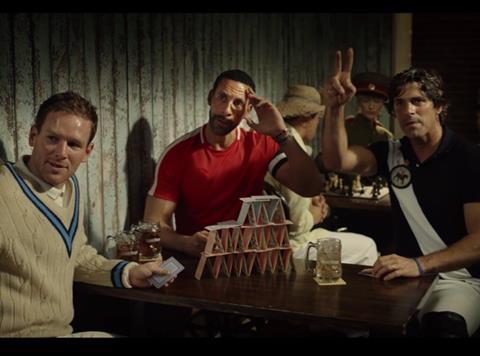 Diageo has enlisted ex-Manchester United and England captain Rio Ferdinand and a host of UK sports stars for a campaign in support of its flagship rum brand Captain Morgan.

A 30-second TV ad sees the brand’s eponymous mascot raise a toast with a number of other captains, including Eoin Morgan, who captains the England cricket team in one-day international and Twenty 20 games.

It is part of a push that rolls out this week across out-of-home, digital and social media, centring on the message ‘Live Like the Captain’. Leicester City FC captain Wes Morgan also features in the campaign’s digital ad.

It would appeal to “a generation in need of a laugh”, said Amy Mooney, head of Captain Morgan, Europe. “Rum is possibly the most dynamic and extroverted sector in spirits. It has huge potential for growth and recruitment, particularly among an audience looking for a drink for a lively occasion.”