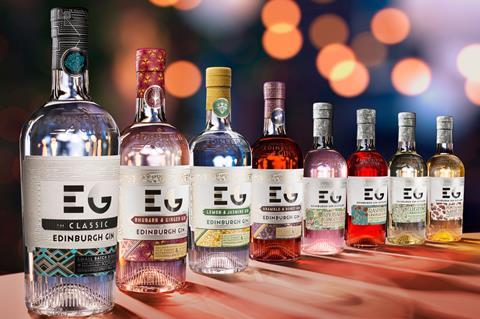 The advert focuses on the brand’s Rhubarb & Ginger flavour

Edinburgh Gin is to launch its first film and TV advert.

The advert, called Filled with Wonder, will premiere tonight (3 December) on Channel 4 with an ad break takeover during First Dates.

It tells the story of the tasting notes in the Ian Macleod Distillers-owned gin, with a focus on its bestselling Rhubarb & Ginger flavour. It will be backed by a wider campaign spanning digital and social media.

Alongside the campaign, Edinburgh Gin has released a limited edition ‘gin safe’ line that Ian Macleod marketing director Neil Mowat said “turns the gift of gin into a personalised game”. 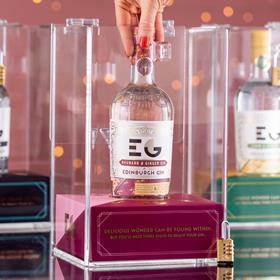 It comes with clues to solve the lock combination for the safe, within which is a bottle of Edinburgh Gin (rsp: £50/70cl).

The brand also revealed plans to move into a new distillery in a “landmark” building close to Edinburgh station next year.

Mowat said the move would “unify the team”, bringing its two Edinburgh premises under one roof. “In addition to this, the new space will help us meet consumer demand, both for the product and for our visitor experience.

“Not only will it have an increased distilling capacity, the new site allows us to nearly triple the number of visitors each year,” he added.

He said it was “not fully resolved” yet what would happen to its two existing distilleries.