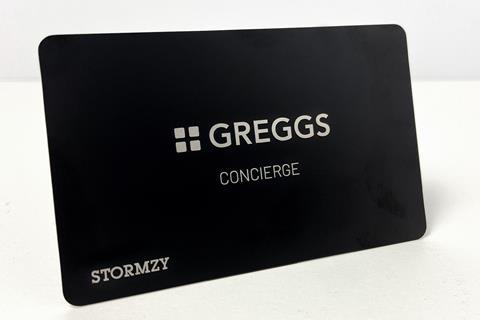 In a publicity stunt for the bakery chain, Stormzy today announced his new “Greggs black card” to his 1.4 million Twitter followers.

“Are you mad the first Greggs black card @GreggsOfficial I have peaked this is brilliant,” he wrote.

The post also shows off a welcome video from Greggs, listing the star’s accolades, including Brit and Mobo awards. “It’s time to live life like it’s golden,” it then says. “Say hello to Greggs Concierge.”

Stormzy has said in interviews that he likes Greggs’ Vegan Sausage Roll, Yum Yum doughnut twists and Sausage, Bean & Cheese Melt, which are listed in the welcome video.

Greggs has also given him a pair of slippers branded with its logo. 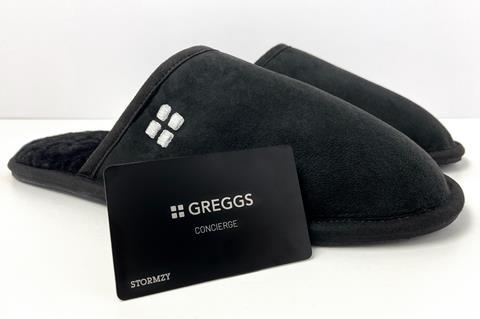 “So put up your size twelves. Drop us a line. And when you roll in, we’ll roll out,” the video says.

An announcement from Greggs said it was staying “tight-lipped about the special service” and “no amount of Steak Bakes or Vegan Sausage Rolls can buy you membership”.

“Our Concierge card is strictly by invite only to some of our biggest fans,” a spokeswoman added.

Are you mad the first Greggs black card @GreggsOfficial I have peaked this is brilliant 🤣 pic.twitter.com/lnoS71d1Y1