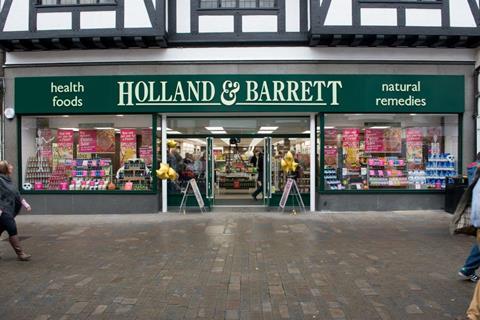 VCCP will take over Holland & Barrett's strategic and creative advertising

Holland & Barrett has appointed VCCP as its new ad agency for strategic and creative advertising.

The health food retailer awarded the account to VCCP following a pitch process that began in August last year.

It was designed to depict the reality of the menopause in a push to eradicate the taboo surrounding it through several women sharing their experiences, and was showcased across Transport for London’s digital screens, Holland & Barrett’s social media profiles and through an online film.

The campaign saw Holland & Barrett awarded TfL’s competition which called on brands to reflect the diversity of women in the capital.

“Now, more than ever, our customers are looking for ways to help themselves and their families stay well, and our customer proposition has never been more relevant,” said Nick Collard, chief customer and digital officer at Holland & Barrett. “We look forward to working with VCCP to bring the benefits of Holland & Barrett to even more people over the coming months.”

Andrew Peake, CEO of VCCP, added: “We are thrilled to be working with Holland & Barrett. Their heritage in wellness is over 150 years old and their role in our society has never been more important than now. We are looking forward to working with the team to make wellness accessible to all.”