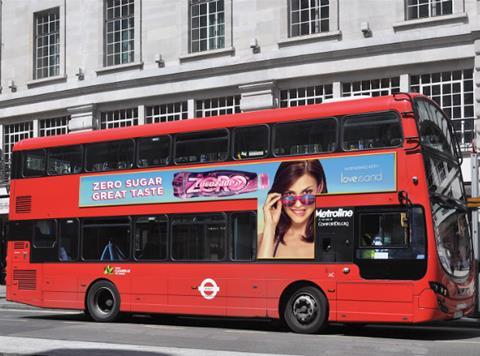 Lucozade Zero is to air its first television advert as part of a £6m push in partnership with ITV2’s new series of Love Island.

The sugar-free soft drink, launched in May 2016, will tonight (5 May) unveil an “upbeat, summery” ad during the dating show. The 30-second slot features a young woman by a swimming pool “looking for her perfect match”. She rejects muscular men in favour of an icy bottle of Lucozade Zero, which is “100% your type”.

Lucozade Zero will continue as a partner of Love Island throughout its eight-week run, supported by outdoor, social, digital and in-store activity. The hit series was “a perfect match for the brand, and this eye-catching campaign is sure to get the nation’s attention this summer” said Sarah Smart, brand manager at Lucozade Ribena Suntory.

Kellogg’s has also teamed up with Love Island, launching an on-pack competition across Corn Flakes and Crunchy Nut with the chance to win poolside tickets to the show’s final.

Shoppers need to take a selfie with the promotional cereal box and then share it on the Kellogg’s Facebook page with the hashtag #KelloggsCerealDater.

Limited-edition Love Island fridge magnets are available for runners up from now until 31 July.