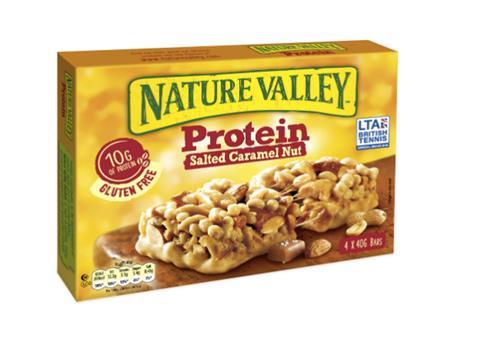 The brand will be a ‘gold partner’ at the event from 13-20 November at the O2 in London, where the eight best tennis players in the world play for the final ATP title of the season.

Nature Valley will have on-court advertising as well as 100,000 samples of the brand’s new gluten-free protein range in the official fan zone.

“Following the successful debut of our British tennis partnership this year during the summer grass court season, we are excited to build upon this sporting collaboration,” said Arjoon Bose, marketing lead of snacking at the brand’s owner General Mills.

“Not only does this partnership enable us to now reach a wider audience and hopefully inspire new consumers and tennis fans to discover our products, it also marks our continued commitment to a sport that shares our passion for inspiring a healthy, active lifestyle.”

ATP executive chairman and president Chris Kermode added: “With more than 100 million global television viewers, and a footfall of approximately 400,000 people passing through the O2 across the eight days of the tournament, the Barclays ATP World Tour Finals offers a truly global platform and a wealth of marketing opportunities for our partners.”