Nectar launches 'putting the 'YOU' in 'thank you' omnichannel ad campaign 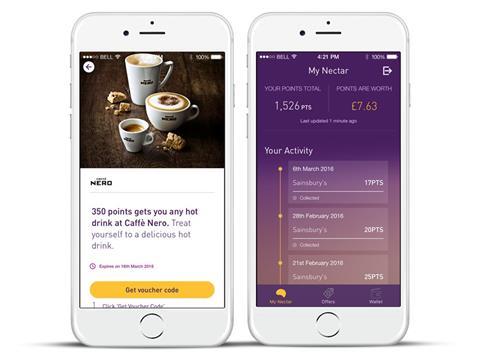 Loyalty programme Nectar is putting the emphasis on personalisation with a new multimillion omnichannel advertising campaign.

The campaign, its biggest since launching 14 years ago, features the strapline ‘Nectar - we’re putting the ’YOU’ in ‘thank you’.

Narrated by Love Actually actor Bill Nighy, a new ad will be aired across multiple channels, including premium sports on ITV and Channel 4.

The ads celebrate the individual, highlighting “the peculiarities, quirks and eccentricities” of the people who make up Britain.

They aim to show how Nectar’s understanding of what makes individuals tick is used to reward customers with things they truly love.

Nectar will encourage customers to tell it on social media, and through the Nectar app, what makes them individual, using the #makesmeME hashtag.

The loyalty scheme, which has 19 million users, available when shopping with hundreds of retailers, both bricks and mortar and online, will offer customers a month of special offers alongside the campaign.

They will include the redemption of 100 Nectar points, worth 50p for any hot drink at Caffè Nero (usually 350 points) from 17 to 23 March. And every Nectar customer who swipes their card at Homebase from 10 to 17 March will receive from 50 to 2,000 points.

The campaign comes as Nectar vies to keep ahead of the curve in technological developments.

Will Shuckburgh, managing director, said a million people had downloaded the Nectar app without any promotion. “Over time we want all of our base to be using mobile because we can be far more relevant, personalised and timely in our communications.”

When Nectar used to send coupons with paper statements, customers got about 10 offers three times a year. Now, because of the smart technology developed over the past year, customers were getting more than 100 offers each week.

“The value has totally transformed in what people can access and it is much more of a two-way relationship,” Shuckburgh said.

He said the pace of technology was getting “faster and faster” and Nectar had established an innovation incubator, Nectar Beta. “We’ve done work on beacons and a lot of other technology.”