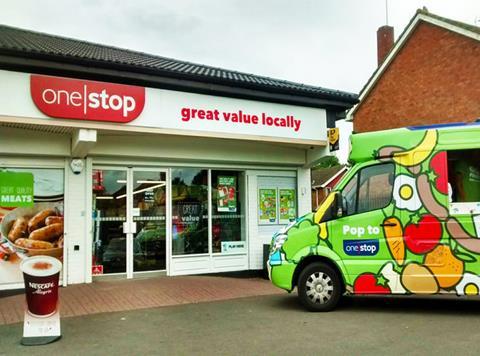 One Stop is touring the Midlands in an ice cream van as part of a new experiential marketing campaign.

The One Stop On Wheels van, which is manned by a Samworth Brothers chef, hands out meal samples, coupons, ice cream and fresh fruit & veg to customers outside of One Stop stores in the East Midlands during the last few weeks of the summer holidays.

The van, which is fully wrapped in bright graphics and plays 1950s rock & roll jingles, is part of a new marketing campaign by the franchise to create interest around its ‘food for later’ and ‘food for now’ mission ranges.

One Stop is also running a Deals for Hungry Commuters promotion as part of the marketing campaign, which offers customers £2 off when they spend over £6 with a voucher printed on bus tickets in the local area.

Thousands of customers who live near a One Stop will also receive a free sample of Blue Dragon cooking sauce and a recipe guide for a meal created with additional products from the store.

To support the campaign, One Stop will run new radio ads across Birmingham, Coventry and the Black Country on free radio in September and October and a series of targeted Facebook ads to promote in-store deals and update customers on the progress of the One Stop van.

“This is something very different and very exciting,” said One Stop customer director Lizzie Reynolds.

“It’s a unique mix of activity; unlike anything we’ve done before. We want customers to know that One Stop stocks a huge range of products and we’re keen to showcase the quality of our range while inspiring customers. The campaign has been designed to drive footfall and increase customer awareness of our great fresh offer.”