Pret a Manger rebuked by ASA over 'natural' ingredients ads 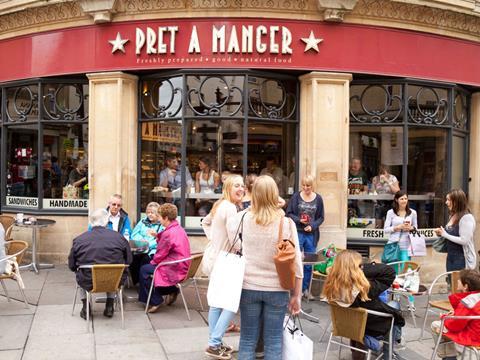 Pret defended its adverts, asserting that they didn’t claim the company used only natural ingredients or that its food was additive and preservative-free

The ASA has slammed Pret a Manger for its “misleading” claim that it uses all-natural ingredients in its sandwiches.

Pret published two adverts referring to the lack of additives and preservatives in its food and the use of natural ingredients in December 2016.

Food and farming alliance Sustain submitted a complaint to the ASA, questioning whether Pret’s advertising claims could be seen as misleading.

One was posted on Pret’s Facebook page, stating that ‘Pret opened in London in 1986. College friends, Sinclair and Julian, made proper sandwiches avoiding the obscure chemicals, additives and preservatives common to so much of the ‘prepared’ and ‘fast’ food on the market.’

The other advert was posted on its website. It read: ‘Just like our sandwiches, baguettes and salads, our wraps and flat breads are handmade throughout the day in each shop kitchen using good, natural ingredients … good natural food.’ The tagline ‘doing the right thing…naturally’ also featured.

Within the ad, the word ‘natural’ was used six times by the coffee chain.

The website advert also referred to the lack of additives in its products, reading: ‘A shop with a mission. A mission to create handmade, natural food, avoiding the obscure chemicals, additives and preservatives common to so much of the ‘prepared’ and ‘fast’ food on the market today.’

Sustain challenged the claim that Pret’s products were natural and said the advert implied that Pret’s foods were free from artificial additives.

Pret defended its adverts, asserting that they didn’t claim the company used only natural ingredients or that its food was additive and preservative-free. Instead, it said that the ads reflected its mission statement to achieve this goal.

The coffee chain added that the natural angle played into the wider context of the ad, which was focused on social responsibility, rather than specifically relating to food.

Pret also confirmed that its bread contained three ‘E numbers’, which it said were commonly found in many household bread brands.

“We concluded that because the ads contained some claims that Pret a Manger’s food was ‘natural’ when some products contained artificial additives, those claims were misleading and breached the Code,” said the ASA report.

The ASA also emphasised that the two advertisements must not appear in their current form, and has told Pret not to imply its food is ‘natural’ unless it is in line with the consumer understanding of the term.