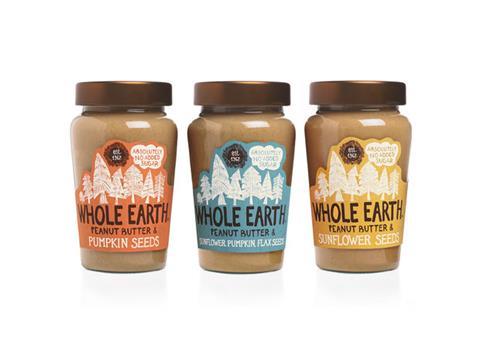 Coming on the back of values sales up 4.7% to £20.8m [Nielsen 52 w/e 15 October 2015], the Fuel Good, Feel Good push focuses on the ‘natural goodness and health benefits’ of the Whole Earth spreads portfolio. It includes 5,000 static ads across commuter-heavy locations in London and the South East, including railway stations and the Underground.

To support the OOH activity, Whole Earth has hired endurance athlete and blogger Sophie Radcliffe to star in a selection of videos that will appear across social media channels with the hashtag #FuelGood. The brand’s latest ambassador will encourage Brits to set themselves new challenges for 2017 and eat the right food to ‘fuel’ themselves.

The new campaign - created by the agencies Mad River, Cubaka, and Hope & Glory - contained “an important message” as consumers looked to adopt a healthier lifestyle for 2017, said Gill Green, marketing director at Wessanen.

This year marks Whole Earth’s 50th anniversary, and will see the brand sponsor the Man vs Horse endurance race in Wales for the fourth consecutive year.