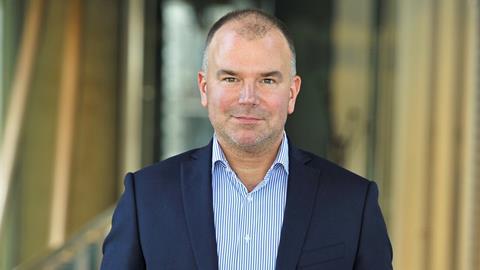 Usually a letter from a supermarket boss causes dread among suppliers. And it won’t come as a surprise that M&S food MD Stuart Machin’s letter (see attachment) does indeed talk about the need to ‘improve efficiencies’ and ‘lower prices’. But the tone here is upbeat, charming, almost giddy.

The reason for his ebullience is the Ocado jv. It’s ‘the most exciting move we have ever made’, and ‘the moment we have all been waiting for… to drive significant growth in our businesses’. And not just for existing suppliers. While he’s not written to them, he also wants to welcome new partners.

There’s good reason to be excited. As I’ve previously pointed out, a like-for-like swap with the Waitrose business Ocado is doing would amount to a 10% increase in M&S food sales. That’s more business than you would get from even Aldi and Lidl right now.

And as I’ve also pointed out, it’s the equivalent of opening around 75 Foodhalls. Which is again significant, because the Ocado deal puts the full range in the hands of many more customers. As Machin admits, ‘the full range has only been available in a dozen or so stores’. In effect you’ve got an M&S Foodhall on your doorstep.

But what’s intriguing is that Machin doesn’t want to just drive growth from online. The Ocado deal is ‘just one aspect of our transformation plan’, with the tantalising promise of ‘a store renewal programme that will get more products in front of more customers – with bigger, better M&S Foodhalls in new and existing sites’.

And the keyword here is ‘new’. The narrative since Archie Norman joined as chair in May 2017 has been about closing stores: more than 100 are earmarked for the chop by 2022. Quite a few of these are Simply Food outlets. At the same time, the Simply Food store opening programme has been severely curtailed.

So to talk about opening new Foodhalls, and bigger, better ones to boot, is unexpected, and arguably counterintuitive too as extending range often leads to more waste (whereas online allows for much better forecasting).

It’s sure to be music to the ears of M&S suppliers. And while there’s an air of confidence in promising new stores without any apparent and corresponding endorsement at a corporate level, the letter also strikes a note of humility too.

And again it’s unexpected, for despite its small share in food M&S has always been quite arrogant and demanding, whereas the transformation, he says, cannot be achieved ‘without the full support and backing of our supplier partners’, adding that M&S ‘must continue to work on being lower cost to serve for you, so we can both operate more efficiently’.

In referencing Christmas, ‘when we double our trade’, Machin also identifies one of the key weaknesses of M&S: namely that its supply chain has been built to cope with huge volumes while its hubs and vehicles therefore work inefficiently for the rest of the year. If M&S cannot only grow its sales but grow them in store and grow them across the year, that would be a huge feather in Machin’s cap.

With the Ocado deal Machin also hopes to bust a number of myths. The aim is obvious: to target the big shop, he needs families rather than just ‘older people, singles and couples’. To do so Machin has been working hard to make M&S better value, though the claim that it is 2% to 3% cheaper than Waitrose is hardly something to boast about. The Ocado jv will appeal to a millennial audience and a professional audience. But it may struggle to convey value on a mass market basis.

There’s also a question mark from a timing perspective. In sponsoring the ‘big night in’ M&S is clearly focusing on families and a lower demographic audience. Until the Ocado jv goes live (in September) and there are more Foodhalls, is it ready to target them?