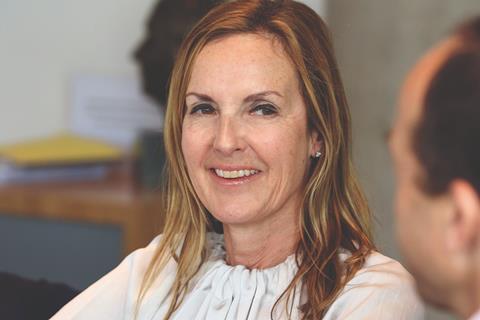 Bickerstaffe takes up the new role on 27 April

M&S has appointed Katie Bickerstaffe as its new chief strategy and transformation director.

Bickerstaffe will lead the strategy team, M&S Bank and energy teams as well as IT.

She is also a non-executive director of the England & Wales Cricket Board and former executive chair of SSE Energy Services.

Earlier in her career she worked with a number of well-known retailers and suppliers including Kwik Save, PepsiCo, Unilever, Dyson and Somerfield – where she was retail MD.

“Katie has been a great help to me and the wider management team in her role as a non-executive director and I am delighted that she will now be part of the executive team,” said M&S CEO Steve Rowe.

“Her experience in leading roles at UK food and non-food retailers, and her track record of delivering large-scale change, will be invaluable as we accelerate our transformation.”

Bickerstaffe said: “Marks & Spencer is a fantastic brand with huge potential. I’m really looking forward to working with the management team to step up the pace of the transformation.”

She is due to take up the role on 27 April, working four days a week.