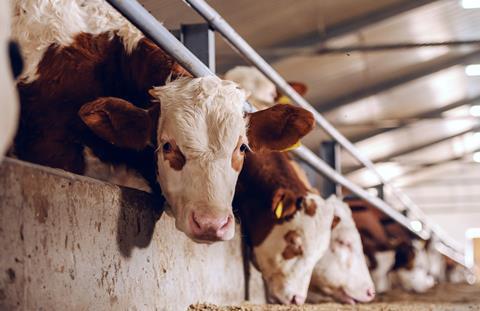 Beef supply has tightened as demand has shifted

Beef prices have rebounded significantly since the sector’s carcase balance issues in April, with a tightening in supply and a surge in demand hiking prices by almost 15% year on year.

The levy board cited a push to market higher-value beef cuts by the supermarkets following the carcase balance crisis and a slow return in demand from foodservice as key drivers in boosting prices.

Prices also rose due to a demand shift towards domestically produced beef as consumption switched to the home, suggested National Beef Association interim CEO Neil Shand. At least 20% of beef consumed out of home was imported from countries outside the UK and Ireland, he said.

“That imported beef stopped coming in during lockdown, so it created more demand for UK beef,” he added. The sector also benefited from a strong BBQ season, Shand suggested, while noting the “huge role” played by the mults in promoting other cuts once carcase balance became an issue.

As The Grocer reported last month, foodservice wholesalers reported strong sales boosted by the government’s Eat Out to Help Out scheme, with anecdotal evidence suggesting steak sales were a key driver in an average year on year rise in sales of 20% for the week ending 7 August [FWD].

AHDB’s lead analyst for red meat Duncan Wyatt stressed it was “too early to tell” if this increase in demand from foodservice had also affected beef prices.

However, a tightening in supply this year did contribute, Wyatt added, with total year-on-year beef production forecast to be down 4% in 2020 at 872,000, while prime cattle slaughter levels are expected to fall by 2%. Imports of beef are also forecast to be down this year, at 1%.

“We’ve seen lower registrations after a terrible spring in 2018, when we lost quite a few cows and calves, and this led to lower slaughter availability,” he added.

AHDB estimates the breeding herd will have contracted by 1.6% this year – with a reduction in the dairy herd a major contributor, along with economic uncertainty due to the pandemic incentivising producers to slaughter unproductive cows.

Regardless of the main drivers, the increase in price was hailed as “great news” for the beef sector, said the NFU’s chief livestock adviser John Royle.

“We had an unsustainable price last year, leading to people leaving the industry, so this increase means farmers puts them in a more sustainable position and will allow them to invest in the businesses and improve self-sufficiency.”