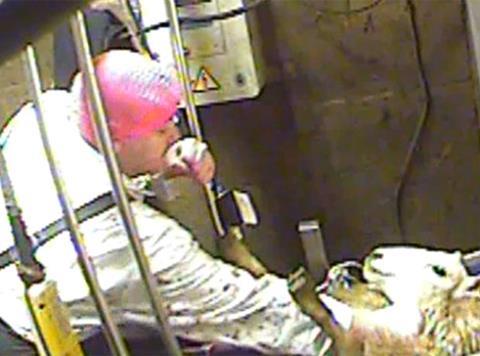 The FSA has welcomed the sentencing of four abattoir workers convicted of causing unnecessary suffering to animals.

Director of Bowood Farms halal abattoir William Woodward was sentenced on Friday to 20 weeks’ imprisonment suspended for 12 months at Leeds Magistrates Court, the FSA reported. Woodward was also ordered to carry out 250 hours of unpaid work and pay £5,000 in costs. In addition, he has been disqualified from having control of sheep under the Animal Welfare Act.

Abattoir employees Kabeer Hussain and Kazam Hussein were also given suspended sentences, of 16 weeks and 18 weeks respectively. Both were ordered to pay £500 and were banned from having control or influence over sheep. Artur Lewandowski was given a community order ordering him to carry out 150 hours of unpaid work and charged £100 for court costs. All three employees were banned indefinitely from having control of sheep.

“The Animal Welfare Act puts clear rules in place as to how animals should be treated but these defendants chose to ignore the regulations, in the process inflicting unnecessary suffering on the animals,” said FSA chief operating officer Colin Sullivan.

Workers at the non-stun slaughterhouse were caught on tape by campaign group Animal Aid in December 2014. They were recorded kicking, throwing and distressing the animals, allowing them to witness the slaughter of other sheep and failing to ensure they were unconscious or dead before moving them off a conveyor belt.

The company went into administration in the wake of the exposé and was dissolved last year.

“We feel that this does not reflect the severity of the abuses uncovered by our hidden cameras,” said Animal Aid campaign manager Tor Bailey.

“We hope that the promised introduction of tougher sentencing for animal cruelty, in addition to mandatory CCTV surveillance in all English slaughterhouses, will serve as deterrents in the future.”