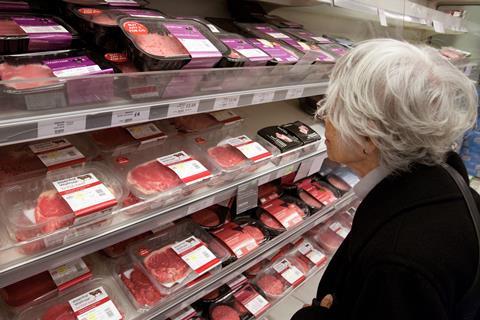 Processors had also reported a collective reduction in food waste of more than 20,000 tonnes – an average 30% reduction, Wrap said

The meat sector has made solid progress in its ambitions – launched last year – to reduce carbon emissions and food waste, a new report by waste reduction charity Wrap has revealed.

Wrap’s first progress summary for its Meat in a Net Zero World project revealed the 40 stakeholders involved in the initiative – which includes major processors and retailers – had “risen to the challenge” on climate change across four target areas: reducing emissions, reducing supply chain meat waste, avoiding deforestation and reducing waste in the home.

Among the achievements recorded, some 60% of stakeholders had set net zero or science-based greenhouse gas reduction targets across the whole supply chain, including agricultural (scope 3) emissions.

Processors had also reported a collective reduction in food waste of more than 20,000 tonnes – an average 30% reduction, Wrap said. Meanwhile, all businesses had set a greenhouse gas reduction target and reported year-on-year improvements – with up to 30% reduction in emissions intensity (scope 1 and 2) over the past year.

Retailers and processors had reported a significant and increasing amount of R&D activity being focused in priority areas, such as feed innovations, while all processors reported having water efficiency targets and year-on-year improvements – with up to a 15% reduction in the intensity of water use achieved by some businesses.

Progress was also made against deforestation commitments, with 62% of soya used by the meat sector now sourced from places at low risk of deforestation.

Wrap called for further action on areas such as data collection, further investment in soya alternatives and the development of behaviours to reduce meat waste both in the home and out of home. But it stressed momentum was building for the Meat in a Net Zero World project “with the need for change widely recognised”.

“Whilst the call to eat less meat is widely acknowledged, we recognise that there is still a role for meat produced to high welfare, climate and environmental standards in our diet,” said Wrap head of climate action strategy Karen Fisher.

“It is, therefore, critical that the industry works together towards these aims. Against the backdrop of the unprecedented challenges that the covid crisis has presented, the industry has taken some important steps forward,” she added.

“The need for change is widely recognised and this is reflected in the number of new businesses and wider organisations joining this commitment – including more representatives from the hospitality & food service sector and the feed industry, amongst others.”

Only one in 10 food companies committed to health and sustainability, report claims