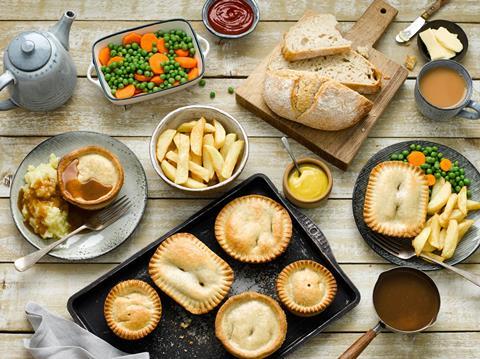 It follows a number of sell-offs at the group as Ranjit Singh Boparan continues to focus on the core poultry and ready meals business amid an ongoing turnaround.

Corporate finance advisory firm Clearwater is leading the auction for 2 Sisters, with documents sent out to potential buyers and first-round bids expected next month.

2 Sisters is hoping the division, which is expected to generate a combined EBITDA of £4.3m this year, will fetch up to £40m, though it is willing to consider selling Holland’s and Portumna separately if necessary.

A senior City source told The Grocer the likes of Samworth Brothers, Greencore and Bakkavor would be expected to take a look at the business, alongside the usual private equity suspects.

“Ranjit wants to pay off all his public debt, so the company becomes fully private again.

“I suspect everything apart from chicken is considered non-core, but there isn’t much left now having sold the red meat business, branded pizza, sandwiches, biscuits, Christmas puds and now these bakery businesses.”

2 Sisters picked up Holland’s and Portumna as part of its £342m takeover of Northern Foods in 2011, which also included Fox’s, Goodfella’s and Matthew Walker.

Goodfella’s was the first brand to go, with Birds Eye owner Nomad Foods taking ownership of the pizza supplier, followed by Matthew Walker to Valeo in 2019 and Fox’s to Ferrero in a £246m deal late last year.

2 Sisters also sold its red meat division to Kepak Group in 2018 and the Manton Wood sandwich business to Samworth in 2019.

If the bakery sale is successful, only the core poultry business, the ready meals division and the own-label biscuit factory in Uttoxeter left over from the Fox’s deal will remain.

The group offloaded the majority of the Northern assets in 2018 as part of a turnaround following years of losses and a food safety scandal in 2017.