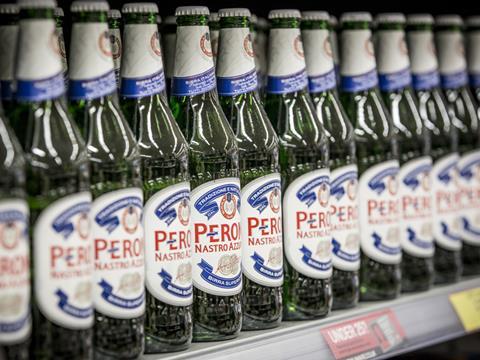 AB InBev would be forgiven for breathing a sigh of relief after SABMiller’s board backed its revised offer on Friday.

The historic brewing mega-deal, which was said to be on the verge of collapse amid investor protest about the value of the offer after the Brexit-driven plunge in the pound, now looks back on. But it is not out of the woods yet.

The deal has already secured regulatory clearance from all major jurisdictions – the last of which, China, came last week.

Now, if SABMiller shareholders approve the deal, the transaction is home and dry. But that’s still a big if.

The reason the deal is still up in the air is that SABMiller has moved to exclude its biggest shareholders, Altria and the Santo Domingos family, from the forthcoming shareholder vote to approve the deal – effectively putting power in the hands of its other investors, many of which are publicly unhappy.

The deal needs 75% approval to get through, but without two big investors being involved that approval figure effectively rises closer to 85%, as 15% can now derail the deal given the smaller shareholder base. With some investors (notably Aberdeen Asset Management) publicly rejecting AB InBev’s final offer, that vote could go down to the wire.

AB InBev has this week posted a schedule for deal approval – which it expects by 10 October.

The schedule points to two big dates. The first of which is 22 August, when a UK court will rule on SABMiller’s proposal that its shareholders should be divided into two classes for the approval vote.

The big date for the vote itself will be 28 September, when AB InBev and SABMiller shareholder meetings take place.

If the deal comes through those unscathed, it is home and hosed.

Crucially, it is not just about AB InBev’s global plans – absorbing SABMiller’s market-leading position in key African markets being the most attractive prize – that hang in the balance here.

To get regulatory approval, AB InBev has signed a host of provisional deals with global brewers to sell them SABMiller assets across the world.

These deals are all dependent on the AB InBev/SABMiller merger getting over the line and include Molson Coors’ $12bn acquisition of MillerCoors in the US, Asahi’s $2.9bn buy-up of Peroni and Grolsch in Europe, and China Resources’ $1.6bn acquisition of CR Snow in China.

That’s not to mention the current scramble for SABMiller’s Eastern European brands, including Pilsner Urquell, which could raise as much as $5bn.

So there’s plenty still at stake here despite the backing from SABMiller’s board last week. But the smart money has now shifted towards the deal getting done.

The market seems to agree, with SABMiller shares back above £44 this week, having dropped to £42.60 last week as jeopardy was at its most intense.

While understandable disgruntlement remains over the structure of the deal – the cash and shares portion that was previously discounted is now worth significantly more than the cash offer – ultimately it will come down to whether SABMiller shareholders are willing to risk the shares heading back below the £40 they were at before AB InBev’s interest became concrete.

More twists and turns can never be ruled out, but the boards of AB InBev and SABMiller are likely to be sitting more comfortably than they were this time last week.

Having said that, the massive ramifications of a “no” vote next month for the two companies and the rest of the brewing sector mean a few industry bosses aren’t finding their summer refreshments quite so relaxing just yet.