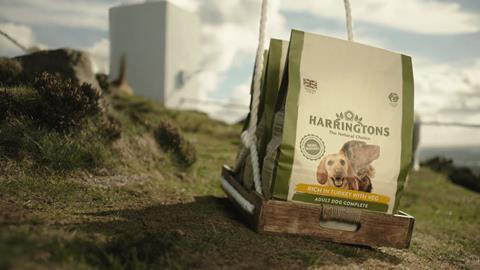 Sky News has reported that CapVest has beaten suitors including pork supplier Cranswick for the owner of Waggs and Harringtons dog food brands – The Grocer has also confirmed with City sources that Capvest is set to be named as IPN’s new owner.

It is understood Capvest saw off competition from Cranswick as well as fellow private equity players Ontario Teachers and Bridgepoint.

Capvest is understood to have paid more than £250m for the £100m-plus supplier – representing a multiple of around 13 or 14 times EBITDA.

One City source suggested that CapVest representing something of a surprise winner of the auction, given IPN’s hefty price tag and that it has up until now been cautious with valuations.

The Grocer reported in September that private equity group L Catterton had hired mid-cap investment bank Harris Williams to launch a sales process for IPN before the end of the year.

Cranswick confirmed yesterday it was “currently engaged in a process regarding the potential acquisition of Inspired Pet Nutrition Limited”.

It said, if successful, it planned to part-finance the acquisition via an equity placing of less than 10% of issued share capital to investors.

However, this morning the listed supplier announced to the market it had bowed out of the bidding battle.

Sales of petfood – particularly at the premium end of the market – have been booming during 2020 as consumers spend more time at home with their pets, which has driven a flurry of dealmaking in the sector.