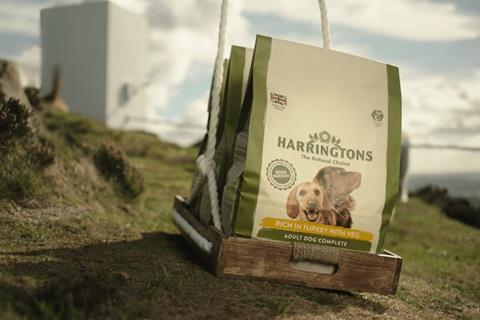 Pork and meat supplier Cranswick is mulling a move into the fast-growing premium petfood sector with the potential acquisition of Inspired Pet Nutrition.

The Grocer reported in September that private equity group L Catterton had hired mid-cap investment bank Harris Williams to launch a sales process for IPN before the end of the year.

Responding to a Sky News report, Cranswick this morning confirmed it is “currently engaged in a process regarding the potential acquisition of Inspired Pet Nutrition Limited”.

It said, if successful, it planned to part-finance the acquisition via an equity placing of less than 10% of issued share capital to investors.

However, reports suggest it remains one of a number of interested parties in IPN, battling a number of mid-market private equity houses for the growing supplier.

Cranswick exited the petfood business more than a decade ago to concentrate on growing its share of the pork category, selling its Cranswick Pet Products to LDC in 2009.

IPN, the maker of the Wagg and Harringtons brands, owns its own factory assets and has grown sales to approximately £95m in the year to 30 June 2019.

Sales of petfood – particularly at the premium end of the market – have been booming during 2020 as consumers spend more time at home with their pets, which has driven a flurry of dealmaking in the sector.

The auction for IPN is still expected to complete before year-end, with bids having already been lodged.

Cranswick stated: “There can be no certainty at this time that the acquisition will progress. The company will make a further announcement if and when appropriate.”