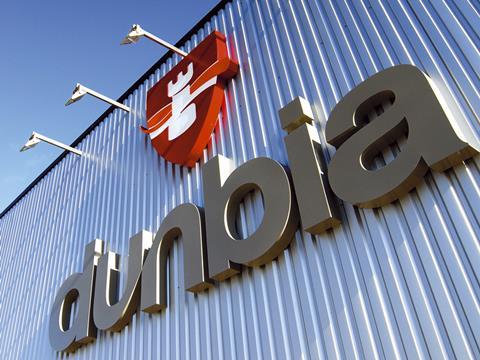 Dunbia is set to merge with the 2 Sisters red meat business in a £1.3bn joint venture spin off.

The Grocer understands the two groups are currently engaged in exclusive talks to thrash out the terms of a deal.

Brazilian Moy Park owner JBS, which has since ruled itself out of any deal, and private equity firms were previously touted as potential bidders, although City sources predicted a piecemeal sale to the likes of Cranswick, Randall Parker and ABP because of the lack of players with the appetite to take on the whole group.

“Dunbia wants to reinvest with 2 Sisters to make a bigger, more sustainable business,” a source close to the deal said. “It’s about being bigger and better rather than taking cost out. It’s a great British story.”

While terms are still being thrashed out, the plan is for the joint venture to be run separately from the 2 Sisters business, with the spin-off not part of the remit of new head of protein Martyn Fletcher.

The Grocer understands due diligence is already going on. It is not clear if the pork side of the Dunbia business is included as part of the deal, with Cranswick and Danish Crown rumoured to have made approaches to buy the pig processing division separately.

2 Sisters picked up 11 red meat and poultry processing sites in the UK from Vion in March 2013 as the Dutch group exited the UK market. Accounts for 2 Sisters’ parent Boparan Holdings published in 2014 subsequently revealed 2 Sisters paid just £37.4m for the £1bn Vion UK business. But CEO Ranjit Singh’s strategy for red meat has not been clear, with speculation as to whether he would keep the poultry side and sell the rest or bulk it up with further acquisitions.

“The proposed spin-off answers those questions decisively,” the source added. “At the same time the move supports his added-value business. The reason for acquiring Vion was to have a traceable supply chain. This joint venture only strengthens that strategy.”

In the event of the tie-up going ahead, 2 Sisters would benefit from Dunbia’s expertise in red meat, as well as its strong export business and lower cost Irish processing cost base.

Margins have been under pressure in recent years, especially with the significant drop in the price of the end product driven by surplus supply from lower demand in China and the Russian import ban only being partly offset by lower feed prices and beneficial exchange rates.

“Although one of the Dobson brothers was unwell last year, the deal is not about cashing in. It’s about reinvesting into a bigger, stronger, better business,” the source said.