EG Group expands US network with acquisition of Schrader Oil 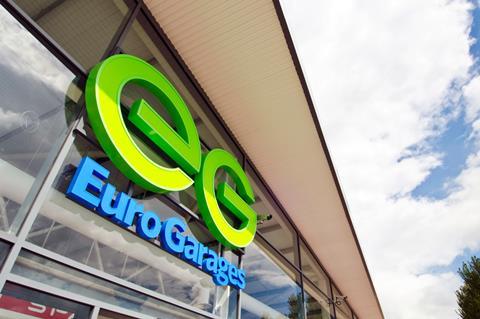 EG Group controls 1,700 stores across the US, operating in 33 states, with merchandise sales worth more than $3bn a year

Petrol forecourt giant EG Group has expanded its empire in the US with the acquisition of Schrader Oil.

The business, which has been developed by four generations of the Schrader family since 1937, operates 18 convenience retail stores and fuel stations in Northern Colorado and employs 150 staff.

EG Group, owned by brothers Mohsin and Zuber Issa in partnership with TDR Capital, who last month acquired Asda for £6.8bn, now controls 1,700 stores across the US, operating in 33 states, with merchandise sales worth more than $3bn a year.

It already runs a network of 88 Loaf ‘N Jug convenience stores in Colorado, employing about 1,500 staff.

The group said the combination in the state with Schrader was “an exciting opportunity to invest in the locations and further improve the customer offer”. The Schrader Oil sites will be rebranded to Loaf ‘N Jug to provide a consistent service and offer across the Colorado network.

Mohsin Issa said: “We have a firm commitment to continue growing our presence in the USA, the world’s largest convenience market. We are extremely pleased to have reached an agreement to acquire Schrader Oil as another strong network addition to our existing business.”

Steve Schrader, president of Schrader Oil Company, added: “We are thrilled to be passing the baton to a highly successful and growth-oriented company in EG. We believe they have the capability to take our success and continue to support our community for many years to come. We believe we have found the best fit for our family, our employees, and our community.”

EG has been on a buying spree in the US since acquiring Kroger’s 762 c-stores for $2.2bn in early 2018. The deal included the Turkey Hill, Loaf ’N Jug, Kwik Shop, Tom Thumb and Quik Stop banner names.

The terms of the Schrader transaction were not disclosed, but the deal is being funded using existing cash reserves. The transaction is expected to close by the end of 2020, subject to customary regulatory approvals.

Founded in 2001 by the Issa family with just one petrol station, Blackburn-headquartered EG Group now runs more than 6,000 sites across Europe, the US and Australia, employing more than 55,000 staff.