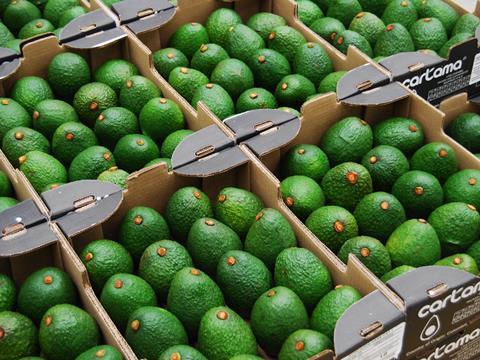 The jv formalises an eight-year trading relationship between the two companies. It would allow the new business to “significantly” increase volumes of avocado into Fresca’s UK customers, said a spokeswoman.

“Cartama have proved themselves to be a world-class grower,” said Cartama UK general manager Paul Frowde. “The high fruit volumes from Cartama UK add to and complement Fresca’s existing supply base for avocados. I have every confidence we have created a very different and very powerful proposition to suit the retail, wholesale and foodservice sectors.”

Avocados in Colombia grow naturally for over 11 months of the year without the need for artificial irrigation in rainforests where rainfall is plentiful.

The trees also require very little in terms of pest control and are grown at varying altitudes to elongate the season, Cartama UK said. These conditions negate a lot of the seasonal quality challenges which are often experienced at the beginning and end of windows of supply and have generated strong demand for Colombian fruit.

“This union between our companies formalises what has already been in place for some time,” said Cartama general manager Ricardo Uribe. “It’s a partnership between two companies who share the vision of providing the best quality Hass avocados to the UK and Europe.”