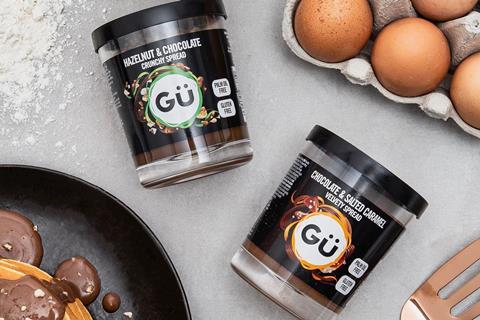 Private equity firm Exponent has confirmed this morning it has secured a deal to buy Gü Puds.

The former owner of Quorn signed an agreement last night to acquire the dessert brand from Noble Foods.

The price of the takeover is undisclosed, but City sources told The Grocer last week it is in the region of £150m.

The Grocer revealed in March that Exponent was among a handful of interested parties weighing up an offer for Gü in an auction run by corporate finance firm Spayne Lindsay.

Gü MD Pete Utting said the business was “excited” to be partnering with Exponent on the next stage of the “growth journey”.

He added Exponent had already committed to significant investment in the UK manufacturing facility to boost capacity and help meet future demand at home and overseas, in Europe and the US.

“The team [at Exponent] has a deep understanding of the food and drink sector and a strong track record in adding value to well-known brands such as Loch Lomond Whisky, Vibrant Foods and Eat Real and Proper, and most notably returning Quorn to growth and expanding its presence internationally during its ownership of the company between 2011 and 2016,” he said.

Read more: Why is Noble selling Gü and who is lining up to buy it?

Exponent senior partner Simon Davidson said the PE firm had followed Gü for more than a decade and recognised the “exceptional brand” had “great products and strong growth potential”.

“We now look forward to supporting Pete and the team as they deliver its next phase of growth,” he added. “Building on its success in the UK, we believe Gü has enormous international potential with the opportunity to create a truly global, premium indulgence brand.”

Egg supplier Noble has owned Gü since 2009, when it beat the likes of Mars and Nestlé to acquire the business. Since then, revenues have doubled to more than £50m and the business has moved into a state-of-the-art factory in Bishop’s Stortford, Hertfordshire.

Last year, as demand soared during the national lockdown, Gü outpaced all rivals in yoghurts and desserts to log the biggest growth in the category in 2020, according to The Grocer’s annual Top Products Survey.

Its best-ever performance in supermarkets – with volumes surging 13.2% – was driven by a raft of NPD as the range broadened into new areas of the category.

As well as holding a market share of about 20% in the UK, Gü has also built a strong presence in France and Germany.

Utting said Noble Foods had been “a great custodian” of the brand over the past 10 years. “We are extremely grateful for their support in helping us grow the business,” he added.

Noble CEO Duncan Everett said: “We strongly believe that Exponent has the necessary expertise to grow the Gü business even further, especially increasing its international reach. The sale allows us to invest and grow Noble Foods’ core business and brands. I’d like to thank Pete and his team for the exemplary leadership and steering Gü into the leading position it holds today.”