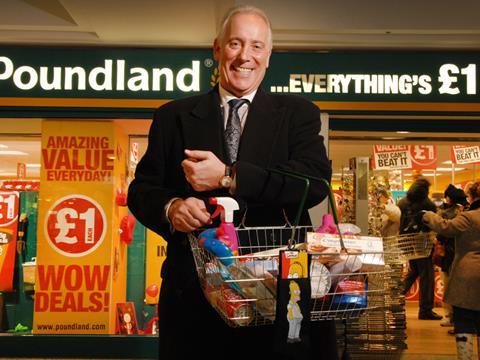 Shares in Poundland (PLND) have jumped 5.5% this morning as investors reacted positively to news that its £55m acquisition of rival 99p Stores can now go ahead.

The Competition and Markets Authority (CMA) has provisionally cleared the deal following an in-depth phase II review. The regulator said in its preliminary findings that the merger was not expected to result in a “substantial lessening of competition”. It concluded that customers would not face a reduction in choice, value or lower-quality service as a result of the merger.

The CMA called the takeover in for investigation in April leading to speculation that the deal would collapse after Poundland held its ground and decided against offering any immediate remedies, such as selling stores. But after asking for three weeks to decide whether to press on with the process or walk away, Poundland CEO Jim McCarthy chose to brave a phase II review.

The CMA has since sought the views of Poundland and 99p, as well as other high street retailers, and commissioned a face-to-face survey of more than 5,000 customers of the two merging companies.

It found that, along with Poundworld, the companies were each other’s closest competitors but after the merger they would still face competition from other value retailers such as B&M, Home Bargains, Wilko and Bargain Buys, along with Tesco and Asda.

“There has been a significant rise in prominence of value retailers for UK shoppers” said Philip Marsden, who led the CMA inquiry. “Our evidence indicates that customers are primarily attracted to Poundland and 99p because of their affordability and see them as good alternatives to each other. Nevertheless some customers can and do switch to other types of discount retail chains.

“We conducted our own customer survey and examined a large amount of data to understand whether, after the merger, customers would have enough alternatives both overall and in the local areas where there is currently a Poundland store and a 99p store.”

He added: “We have also seen in recent years the Big Four supermarkets engaging in intense price competition, some of which involving the promotion of £1 products. On the basis of the evidence to date, we do not think customers will be worse off from the merger.”

The watchdog’s assessment also found that Poundland would not have a greater incentive to vary its retail offer locally as a result of the merger as there was only a small overall increase in the proportion of areas in which it faces no competitors. And only a third of Poundland’s stores currently face competition from 99p Stores.

Poundland CEO Jim McCarthy said: “We welcome the CMA’s provisional clearance of our acquisition of 99p Stores and we look forward to a satisfactory conclusion to its phase 2 review. We continue to believe that the acquisition of 99p will be great for customers and for shareholders alike.”

Shares in Poundland are currently trading at 348.5p – 5.6% higher than yesterday’s close.