Reynolds takeover 'will fire up BAT potential in e-cigarettes' 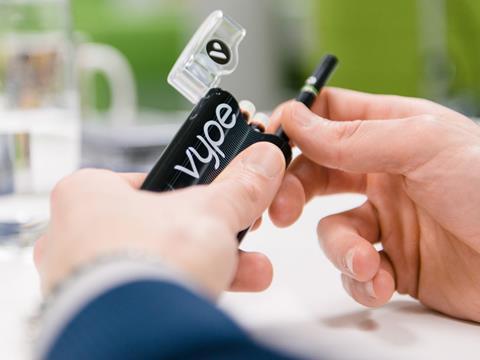 British American Tobacco’s £40bn swoop for the 57.8% share of US tobacco giant Reynolds that it did not already own could help it compete with Philip Morris International as major suppliers look to develop ‘next generation’ smoke-free products.

At the end of last year, PMI launched its Iqos heated tobacco system in the UK, with boss André Calantzopoulos admitting he could see the day when there would be “a phase-out period” for cigarettes. The success of Iqos in markets such as Japan and Italy has boosted PMI’s share price, and analysts believe this week’s deal could boost BAT’s performance in terms of smoke-free products and e-cigarettes.

“A peripheral advantage of this acquisition could lie in the route to market of the combined firm’s e-cigarette portfolio,” said Morningstar equity analyst Philip Gorham. “BAT and Reynolds already engage in technology-sharing and licensing agreements, but the consolidation of Reynolds could allow for more efficient research and development leverage within the nascent e-cig business.”

The deal, worth $59.64 per Reynolds share, has been unanimously approved by the transaction committee of independent Reynolds directors established to evaluate the BAT offer. The transaction has also been approved by the boards of Reynolds and BAT. The offer price represents a premium of 26% over the closing price of Reynolds common stock on 20 October 2016 (the last day prior to BAT’s announcement of the proposal to merge with Reynolds).

“We have been shareholders in Reynolds since 2004 and we have benefited from the success of the present management team’s strategy, including its acquisition of Lorillard, which we supported,” said BAT CEO Nicandro Durante.

“BAT has consistently executed a winning strategy and has a proven track record of delivering strong results and returns for its shareholders while successfully investing for growth. Our combination with Reynolds will benefit from utilising the best talent from both organisations. It will create a stronger, global tobacco and next generation business with direct access for our products across the most attractive markets in the world. We believe this will drive continued, sustainable profit growth and returns for shareholders long into the future.”

Mornigstar’s Gorham also suggested it was one of the few possible deals out there for BAT. “We acknowledge that of the few acquisition opportunities available to British American, the consolidation of Reynolds probably makes the most sense. Another transformative deal would be to acquire Imperial Brands, but the deal would be complex and could require a joint bid with Japan Tobacco to avoid antitrust issues in South Africa, Australia, and several European markets,” he explained.

Analysts at SocGen said the rationale of the deal was to create a “truly global tobacco platform rebalancing the portfolio to the attractive US tobacco market that will become 45% of BAT EBIT, with its EM exposure declining from 44% to 33% of earnings”. They added: “We are buyers because 1. it trades on a 20% discount to Staples, twice its normal discount which we think is an anomaly, partly on uncertainty over this deal, now resolved; 2. the enhancement of this deal increases the attraction, particularly on FCFY, 3. It also trades on a 20% discount to PMI, we believe because the market is factoring in Next Generation Products for PMI but not for other tobacco names at present. Buy.”