Scrubbys snapped up by ethnic food group from administration 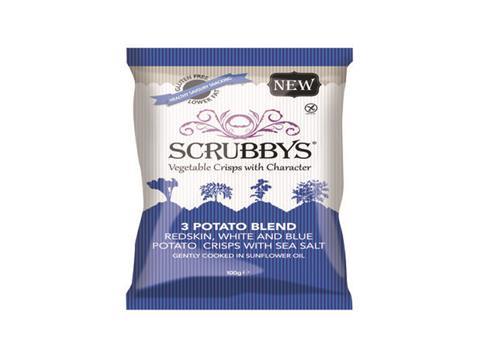 Vegetable crisp brand Scrubbys, which has appeared on Dragons’ Den and has a nationwide listing with Waitrose, has been acquired by an ethnic food manufacturer after filing for administration.

The Grimsby business called in administrators at Duff & Phelps on 9 May 2016 with AIB Foods subsequently buying the assets and the Scrubbys brand.

Husband-and-wife team Claire and John Brumby, who set up Scrubbys in 2012, will remain with the new business.

AIB Foods manufactures dozens of spices and other products under the Indus brand and a range of gourmet snacks, nuts and dried fruits under the Shalimar brand from a 40,000 sq ft factory in the Midlands.

Claire Brumby said AIB saw the potential for the Scrubbys brand to grow nationally and internationally, with a plan to branch out into further snacking products.

She added that the business needed more money to push the brand to the next stage. “The existing shareholders and directors had gone as far as they could with financial investment and we were all of a mind that we wanted the brand to continue and thrive.”

Brumby and her husband John appeared on Dragons’ Den in 2014 to raise £75,000 but the pair walked away empty handed after only Duncan Bannatyne was willing to offer any money.

Sales increased as a result of the exposure from the BBC programme and the business secured an injection of funds from food investor Granary Investment Partners, which became a minority partner.

Scrubbys’ five-strong range of vegetable crisps is now available in Waitrose, Ocado and Holland & Barrett, as well as independent retailers and through foodservice distributors.

“The brand was born out of our frustration at the lack of truly wholesome snacks that appealed to both adults and kids,” Brumby said. “We wanted to revolutionise people’s current snacking options by providing a healthy alternative.”

AIB Foods CEO Khalid Parvez added: “We are delighted to be involved with the Scrubbys brand, and look forward to developing and promoting this innovative product range, nationally and internationally.”