Seabrook Crisps up for sale as it explores all strategic options 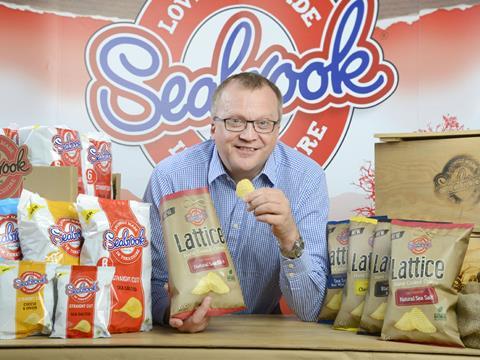 Seabrook said it hired the adviser last year to secure external investment and stressed a majority stake sale was not necessarily the preferred option.

It is understood a full range of options remain on the table, including a change of ownership, a minority stake private equity or trade investment, joint ventures, partnerships or even a strategic acquisition.

Seabrook CEO Jonathan Bye insisted there was no deadline for the process.

“It’s a very exciting time for Seabrook, with a strategy that is continuing to deliver. Our relationship with McQueen will allow us to actively investigate areas for potential investment and fuel our ambitious growth plans at a faster pace to realise the brand’s potential.”

Bye has overseen a dramatic turnaround at the Bradford-based company, turning a £1.3m pre-tax loss in 2011 into a £1.15m pre-tax profit for the year to 30 March 2014, according to Companies House accounts.

Seabrook has also significantly ramped up its NPD since Bye’s 2012 appointment. Last year it made its first foray into premium territory with lattice-cut crisps in sharing bags, brought back straight-cut crisps after a year’s absence, and launched front-opening crisp bags. Over 10% of Seabrook sales are now from the new lattice-cut range.