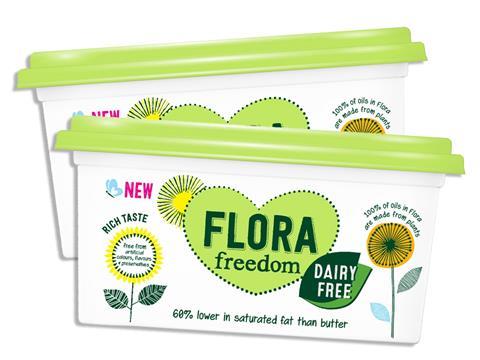 Could a private equity-led merger of the Unilever spreads business and Dairy Crest be on the cards later this year?

That is the speculation circulating within the dairy industry, as the sales process around the Unilever division hots up.

Unilever confirmed in April it would sell or demerge its non-core spreads division, made up of Flora, Stork and I Can’t Believe It’s Not Butter, as well as other brands, after fending off the Kraft Heinz bid. A memorandum is expected to be sent to interested parties in September, kicking off the long-awaited auction, according to City sources.

Dealmakers expect the declining Unilever business to be worth £5bn to £6bn, with the world’s biggest PE firms, such as KKR, Clayton Dubilier & Rice, CDC and Cinven, in the running along with Kraft Heinz. One City source said the size of the deal meant two or more PE firms would need to form a consortium to make a joint bid.

Following a deal, private-equity players might look for further synergies by combining the global spreads division with Dairy Crest, suggested a senior source from the dairy industry. Such a combined entity would “create a more balanced business,” he said.

Dairy Crest is made up of Clover and Country Life, Cathedral City, Frylight and a demineralised whey production business. The group, which has annual sales of £417m, with £151m coming from butter, spreads and oils, is valued at £845m.

“Also, Dairy Crest is a fraction of the size of Unilever spreads, so wouldn’t even move the dial on the deal for any PE firm thinking about it.”

The source said the real challenge for a PE owner would be how to turnaround the stagnating Unilever spreads business. “Can you do a better job than Unilever just by giving it some loving care and attention? The spreads business has become a bit lost in the Unilever portfolio.”

Unilever said in its first-half results this week that the preparation for the sale of the spreads business was “well underway”. The division contributed €1.5bn (£1.3bn) to total revenues in the half and saw the rate of decline slow to 3.7% as growth in emerging markets partially offset the slump in developed countries. It also held back underlying growth at a group level as the market contraction in margarine continued to weigh on overall growth in Europe, particularly in the UK and Germany.