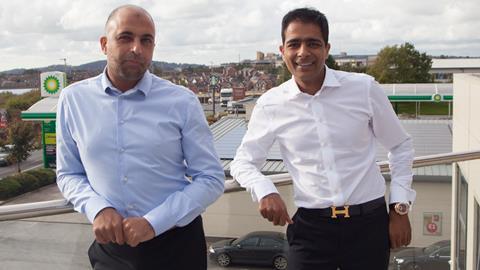 Why does EG Group want to buy Asda and what will it do with it?

When Walmart restarted the Asda auction in August, TDR Capital was dismissed as a rank outsider by the City, with the involvement of the brothers behind forecourt giant EG Group barely mentioned.

But this week, the London-based private equity house, in partnership with Mohsin and Zuber Issa, emerged as frontrunner in the £6.5bn race, ahead of US rival Apollo Global Management. As The Grocer went to press (on Thursday), a formal announcement from Walmart and TDR was expected on Friday.

So, why has Walmart opted for this bid? What does the future hold for Asda? And are there competition issues to overcome?

The deal – expected to value Asda at significantly less than the £7.3bn failed Sainsbury’s merger – will return it to British hands following Walmart’s £7bn takeover in 1999.

However, Walmart will retain a minority stake of up to 40%.

“Part of me was a little surprised that TDR is the preferred bidder,” one senior dealmaker says. “The Apollo bid was higher, but Walmart seems to be more interested in the synergies of working with an entity with operational retail experience.”

Opinion: An Asda-EG Group merger will reverberate through the grocery sector

Apollo was expected to follow the classic leveraged PE playbook, separating Asda into an opco and propco, as well as focusing on growing the online business.

But Clive Black of broker Shore Capital says the choice to go with the Issas puts “raw entrepreneurship and ambition” in Asda’s driving seat.

“It’s a remarkable case of immense ambition, courage and entrepreneurship on behalf of the siblings behind the now global, and heavily leveraged, Euro Garages business,” he says. “What we like about their involvement is the retail experience and business acumen.”

Black predicts the Issas will introduce “a much more agile, refined and lean decision-making culture” to Asda.

The brothers have built EG up from a single petrol station in the north of England to a behemoth with almost 6,000 sites worldwide (396 in the UK) and annual revenues of €20bn (£18.2bn). They identified a gap in the market to offer drivers more than just petrol, signing franchise agreements with the likes of Starbucks, Subway and Greggs and building a genuine convenience offering.

The significant opportunity in the convenience market will appeal to both the Issas and Walmart. The new Asda on the Move trial launched this month in three EG forecourts, offering 2,000 fresh, chilled, frozen and on-the-go own-label SKUs, offers a possible glimpse of developments to come.

“What makes Asda so appealing for EG is the opportunity to replace Spar as the wholesaler,” a City source says. “Think of the Tesco-Booker deal: Asda could suddenly fill that space too.”

The UK’s forecourt shop sector generates sales of around £4.5bn a year, according to the latest report by KPMG.

“At the start of the year, we predicted convenience retail on the forecourt would grow two to three times faster than UK retail in its entirety,” says KPMG head of retail Paul Martin. “Covid has changed some consumer behaviours. The big box store has seen a revival for the short to mid-term, but convenience is a format that should be interesting for the Asda ecosystem.”

Martin also emphasises how much the sector is changing. In 2015, 90% of revenues came from fuel at forecourts, but in 2030 he predicts it will only be 20%, with retail, adjacent services, such as home delivery, pick-up points and Amazon lockers, and electric charging points accounting for 80%.

A source with knowledge of EG Group’s long-term ambitions adds electric charging points in supermarket car parks are an important part of the vision.

The rise of Euro Garages 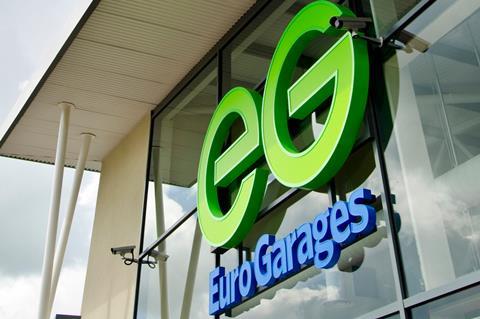 2001: Mohsin and Zuber Issa start Euro Garages with the acquisition of a single site in Bury in Greater Manchester

2016: Euro Garages acquires EFR Group, which focused on the Benelux countries and France, from TDR to create EG Group. TDR holds a 50% stake in the new structure

2019: The business expands once more, buying Cumberland Farms. The deal takes EG into 31 states with a portfolio of 1,680 stores

2020: EG becomes the largest KFC franchisee in Europe with the acquisition of The Herbert Group in March, including 145 KFC restaurants.

EG Group now has more than 6,000 sites across North America, Europe and Australia, employing 44,000 staff, with annual revenues of €25bn-plus

Aside from the retail opportunities, the Issas and TDR are expert in extracting value from property assets and debt markets. Net debt at EG Group has soared to more than €8bn (£7.3bn) after years of excursions in global bond markets to raise money for acquisitions.

Asda’s freehold estate will give the Issas new collateral to raise yet more expansion cash.

However, Black at Shore Capital worries about the potential for over-extraction. “Opco-propco has tended to end in tears in low-margin competitive markets,” he warns.

TDR and the brothers are funding the deal outside the EG Group structure in an attempt to put a firewall between the forecourt business and Asda.

They hope keeping the structures separate will be more palatable for the CMA. However, Andrew Taylor, partner at competition consultancy Aldwych Partners, says the watchdog will almost certainly view TDR and the Issas as having “material influence” over both EG and Asda and therefore treat the deal as a merger.

Fuel was a specific worry for the CMA in the thwarted Sainsbury’s deal, with 127 petrol stations causing the watchdog concern. And the combination of Asda’s 320 sites with EG’s 397 will create a bigger player in the forecourt market than the Sainsbury’s tie-up.

That said, the watchdog only required the sale of 38 sites to give the green light to the Motor Fuel Group merger with MRH in 2018, which created an operator bigger than a combined Asda and EG.

“TDR and the Issas will have a choice of either selling sites or going to a phase two review,” Taylor says.

“It’s hard to put an estimate on the number of sites that might have to be sold but based on past petrol station cases, it seems unlikely it would be so high that they would prefer to go to phase two.”

In the meantime, Black expects further acquisitions from TDR and the Issas to create added value, with potential targets including Iceland and Dunnes or Musgrave in Ireland, as well as a mega-British discount merger with B&M. “What an interesting business culture mix that could be.”