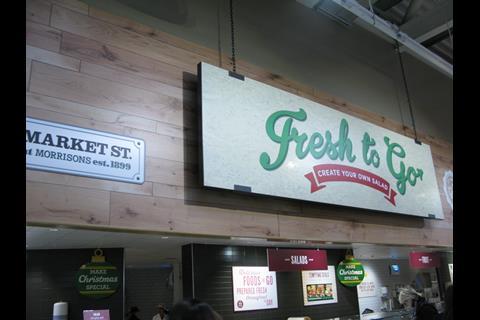 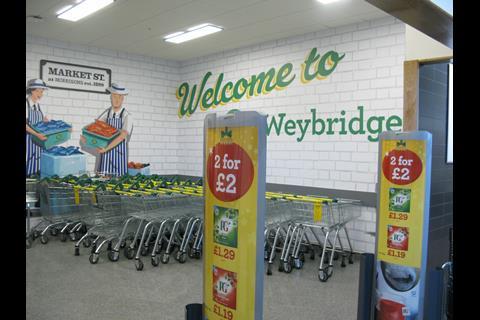 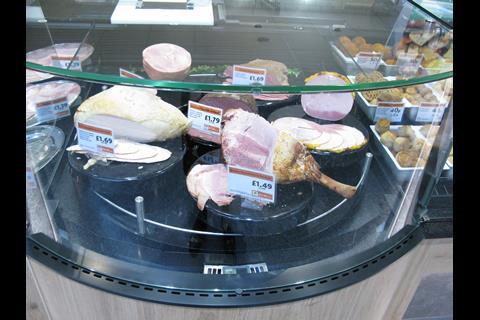 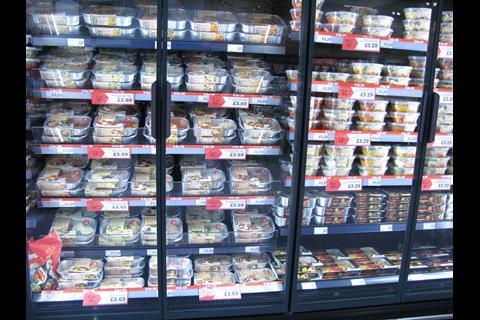 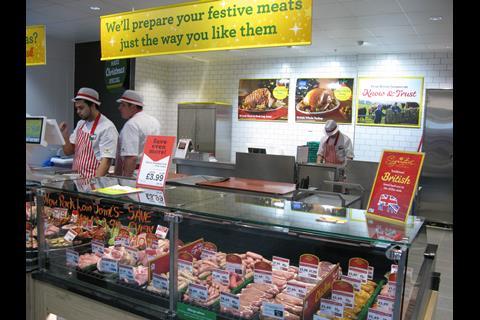 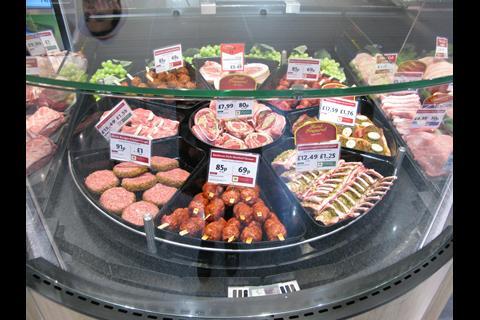 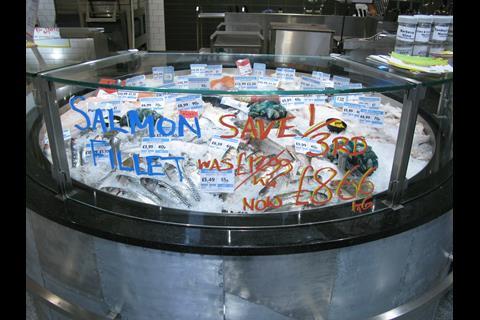 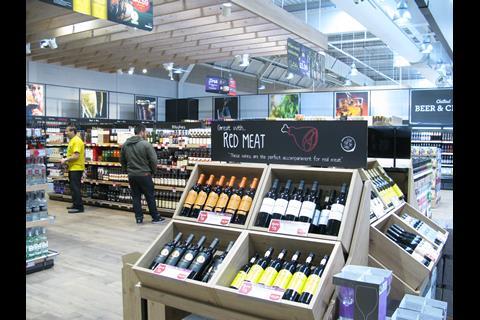 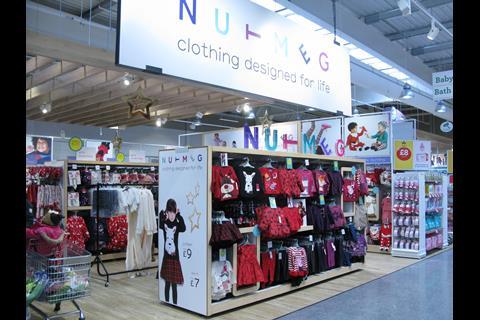 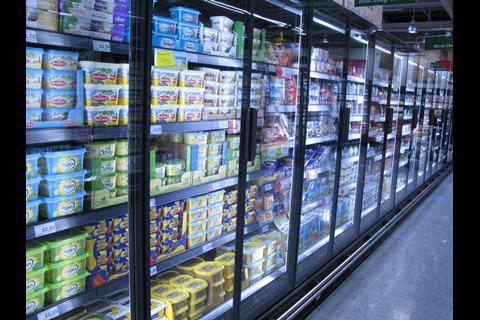 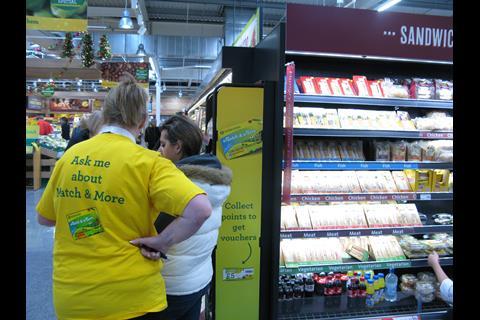 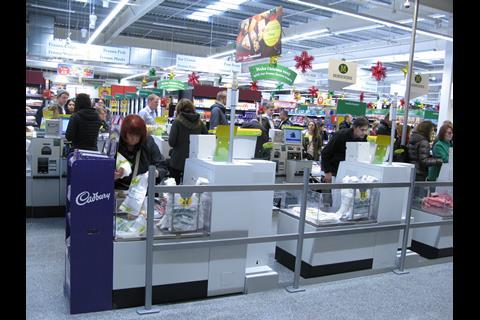 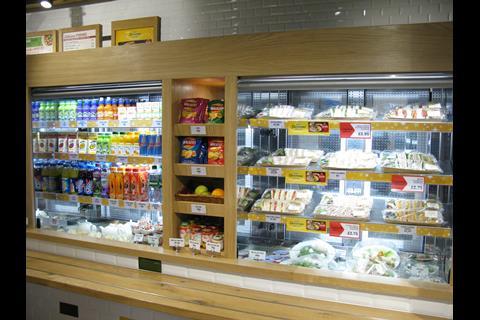 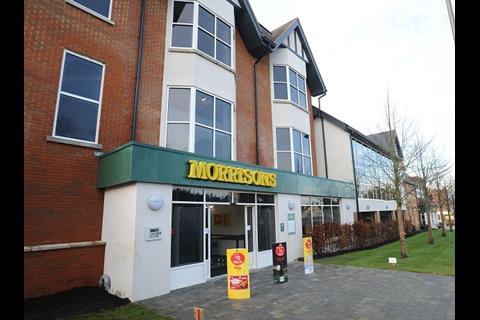 Morrisons’ latest foray into Surrey’s leafy suburbs commenced with a “quiet launch”, as the supermarket “wants to be a good neighbour” in its newfound, middle-class surroundings.

There were no balloons or banners outside the store in Weybridge, which opened On Monday, and the strict terms of the planning permission means that visually the new supermarket blends in seamlessly with surrounding buildings.

Yet inside there are all the markings of a newly opened store. Shelves are full stocked, every surface is gleaming and head-office representatives patrol the aisles.

This is the first of Morrisons’ three new lab stores. It is “an experiment” in how the supermarket can “dial up and dial down” different aspects of the store to “appeal to local shoppers” said format director Andy Newton.

“It’s really an opportunity to do something new in the south. Rather than refitting a Safeway like we did in nearby Sutton, we have a brand new store.”

This store has created 200 new jobs in an area that is unmistakably Waitrose heartland.

In typical Morrisons’ fashion, on first entering the store on Monument Hill shoppers find themselves facing the flower shop, followed by Market Street. On the right are the newspaper kiosk, customer service desk and dry cleaning unit- making quick trips to these areas simple for shoppers.

The most notable difference between this and other Morrisons’ stores is the extra space between different stands and aisles. Careful navigation and twelve-point turns generally required in getting trolleys or prams round a supermarket are not needed- there is a room to swing trolleys round and then some. At 33,000 square feet, this store is not dissimilar to many other Morrisons, but its nine ft wide aisles are at least two ft wider than usual.

The store has been “fresh formatted” to drive shopper attention towards all the fresh produce instore. Part of this entails LED lighting, which is used throughout the store, set to shine brightest on the fresh produce and Market Street. Many LED lights located over the groceries are on the rafts of wood panels that hang low from the ceiling - this takes away the supermarket feel of the place, instead it feels like there are many stalls within the store.

The conventional Morrisons’ counters have a brand new look, with circular display trays that spin round and sleek black counter tops courtesy of German shopfitter Aichinger.

Also new to Market Street is the wood-effect panelling that runs behind different counter signs round the parameter of the store. This gives the counters a more upmarket, ‘local shop’ look that will perhaps help the store compete with the Waitrose located just 200 yards away.

New in the main aisles are black fridges and freezers with LED lighting inside, to allow products to stand out, whilst doors keep cool air in and reduce energy bills. At the end of fridge and freezer aisles, simple, red-coloured panels draw shoppers’ eyes to promotions, whereas yellow panels do the same at the end of ambient food aisles.

Past the ambient aisles, at the far end of the store is the wine, beer and spirits unit. Next to this, and in front of an aisle with leisure items, toys and cards is the space for Nutmeg, the Morrisons clothing range that is available in 250 stores. This unit merges into baby produce, which in turn merges into the health beauty section.

There are 14 checkouts and eight self-service stations, behind which are spacious toilets and baby changing facilities. Shoppers can then park their trolley in one of the trolley lockers whilst they go into the cafe. Inside are wood-effect surfaces and retro-style lights, which gives a very trendy, 90s feel.

For the first time, Morrisons has opted for barista coffee in its cafe, to compete with local coffee shops. The supermarket is hoping to appeal to mums in the area with the child’s play area and feeding room located by the cafe. On the day the store opened, a group of young mums spent over an hour in the cafe suggesting that this is likely to become a regular meeting space.

Exiting or entering the store provides entertainment for children. Two lifts to the underground car park are decorated inside and out - one with a farm theme, one with a fishing theme. The escalators that lead in and out of the main doorway are accompanied by a giant painting of produce being farmed.

“We’ve got two camps of shoppers coming in today- one lot are glad there’s a Morrisons in their area now as they want good prices, the other may have never been in a Morrisons before and this is their first impression. If I had to say what will help us target local shoppers most, I’d say it’s our investment in and the positioning of fresh food. But another important thing we’ve done is improving the ease of shop- from the moment shoppers park their car in larger than usual parking bays, to when they leave- we’ve made the end-to-end experience easy,” said Newton.

“What we’re really trying to do with new shops like this- or even just in our refits- is understand different shopper experiences and make the in-store experience relevant and easier for shoppers. We’ve carried out our own exhaustive research to understand our locations and also used customer insight, interviews and shopper panels. I’m really proud of how we’ve pushed boundaries here. With this new store, what we’re saying is - ok Match & More cards deal with price. Once that is out of the way, what else can we do for the shopping experience?”

In a year’s time, Morrisons will review KPIs in this store and look at customer feedback to see which aspects need tweaking and which aspects can be rolled out to other stores. The next Morrisons lab store is due to open in Milton Keynes in January, which will “have the family aspect dialled-up even more than in Weybridge” Newton revealed.