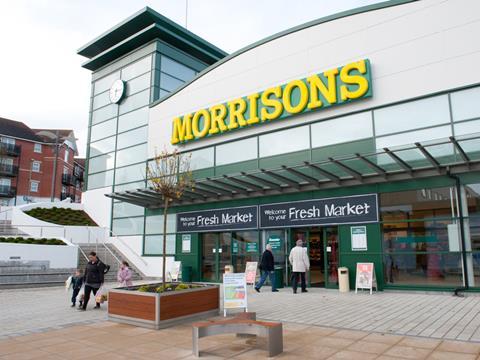 Like-for-like sales growth at Morrisons slowed during the three months to 4 November after revenues at the supermarket chain were boosted in the previous quarter by favourable weather, the Royal Wedding and the World Cup (Telegraph). Wm Morrison has said sales in the third quarter rose 5.6%, with the core supermarket chain reporting slower than expected growth of 1.3% but the wholesale business increasing 4.3% (Daily Mail). Analysts had expected supermarket sales to grow around 1.8% the level experienced in the first quarter. Sales in the second quarter rose 2.3%, boosted by the warm summer weather and the World Cup (Financial Times £). The figures were marginally short of City expectations (The Times £).

The cost of ending a European Union quota regime was laid bare yesterday when Associated British Foods revealed that profits in its sugar division had halved and could fall further (The Times £). Associated British Foods promised stable earnings in the coming year as store expansions at its retail arm Primark are expected to offset continued weakness at its sugar business (Financial Times £). The food-to-fashion conglomerate said the high street chain recorded a 1.2% rise in like-for-like UK sales in the year to 15 September, which is notable given the intense competition on Britain’s high streets and the fact that Primark does not sell online (Telegraph).

Customers across the UK will benefit from filling up at one of the Big Four supermarket petrol stations after Tesco, Sainsbury’s, Morrisons and Asda reduced their unleaded petrol prices by up to 2p a litre (Telegraph). Asda has now dropped the price of unleaded fuel by up to 5p per litre across its 319 petrol stations, following an additional 3p cut two weeks ago.

A ‘meat tax’ which would almost double the price of a packet of sausages should be brought in to prevent thousands of Britons dying each year, health experts have said (Telegraph). Researchers at Oxford University set out to determine the level of tax needed to offset the healthcare costs of eating red and processed meat (The Times £). They calculated that increasing the cost of red meat by 14%, and processed meat by 79% would prevent the deaths of nearly 6,000 people each year and save the NHS nearly £1 billion annually. The Mail writes: ‘Are we heading for a bacon tax?’

Tobacco giant Imperial is betting on ecigarettes to drive sales as demand for traditional combustibles declines, with “next generation” alternatives expected to contribute to profits by the end of next year (Financial Times £). The FTSE 100 company behind Davidoff and Golden Virginia cigarettes said on Tuesday total group revenue for the year to 30 September edged up 0.9% to £30.5bn compared to last year, but profit before tax fell 2 per cent to £1.8bn (The Times £, Daily Mail).

The boss of Marks & Spencer’s (M&S) financial services arm has quit months before its long-term partnership with owner HSBC‎ comes up for renewal. Sky News reports that Sue Fox, who became‎ chief executive of M&S Bank in 2014, has resigned to run HSBC’s Channel Islands and Isle of Man operations.

The chief executive of Greene King has announced plans to step down in April next year after serving 14 years at the helm of the British pub operator and beer brewer (Financial Times £). Rooney Anand said “the business is performing in line with our expectations and ahead of the market”, adding “the time is now right for me to hand over the baton” (Telegraph).

Belarus’s largest supermarket chain, Eurotorg, said on Tuesday that it was postponing its plans to list on the London Stock Exchange (Financial Times £). The company had hoped to raise around $200m in new equity in a deal that would have valued the company’s equity between $689m and $789m, but said in a statement that it had decided to delay the process as a result of “market conditions”.

UK restaurant chain Prezzo said trading remains challenging even after it closed more than 100 restaurants, restructured its debts and its main backer wrote off two-thirds of its investment (Financial Times £, Telegraph).

With less than two months until Christmas, Britain’s retailers have started to release their 2018 Christmas adverts (Telegraph). They will be hoping their marketing campaigns do enough to attract shoppers through their doors this festive season. Success this year seems more important than ever, given the well-documented problems on the high street.

Militant vegans are threatening to kill workers at a farm that offered customers the chance to “pick your own Christmas turkey” (The Times £).Graffiti reading “Murder! Go Vegan” was daubed on the front of Greendale Farm’s shop near Exeter and bright blue paint was sprayed over pheasants hung outside.

Milk bottles will carry “tell tale” labels that change colour when they are too warm under plans to help households reduce food waste (The Times £). The bottles will be sold by a major supermarket in a trial early next year overseen by Wrap, the government-funded waste reduction charity.

The Financial Reporting Council has called on Aim-listed companies to improve the quality of their financial statements after accounting scandals at groups such as Patisserie Holdings and Yu Group (The Times £).

WH Smith, stalwart of the British high street, neared a deal earlier this year to buy the US bookstore chain Barnes & Noble, in what would have been the UK company’s largest ever acquisition (Financial Times £).