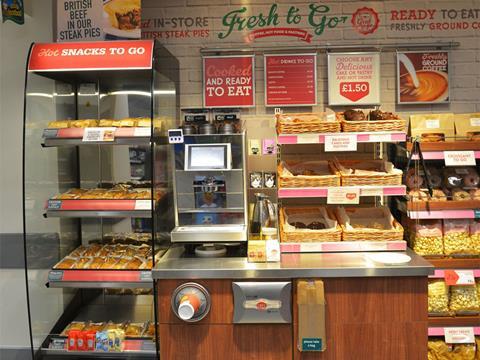 The store will target busy commuters by providing a large range of fresh foods, hot food-to-go, pastries, and fresh coffee.

The store has created 20 jobs in the city and adds to the growing trend of supermarkets opening convenience stores in major transport hubs. Earlier this week, Waitrose opened its first travel c-store at King’s Cross Station in London.

“We’re delighted that our passengers will have access to such quality produce and groceries as part of their journey into and out of Nottingham.”

“We’re always on the lookout for new sites, which includes those based at transport hubs like Nottingham Railway Station as well as city centres and neighbourhood locations,” said Morrisons’ managing director of convenience Gordon Mowat.

The store in Nottingham will be open 6am-11pm. Morrisons has not yet announced plans for any other convenience store openings in travel hubs.