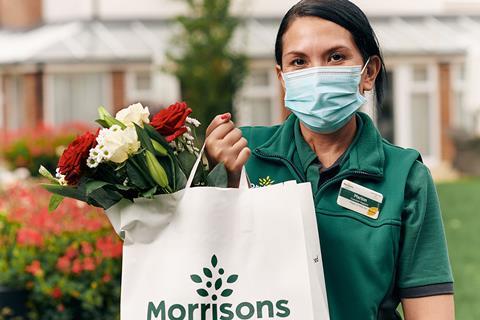 Morrisons has joined forces with leading retirement community provider McCarthy & Stone to provide doorstep deliveries to more than 400 sites in the UK.

The move, which will allow vulnerable and shielding people to receive food without visiting a grocery store in person, follows what Morrisons said was a successful trial run for the scheme.

Their orders will be sent to their local store, where the items will be picked and delivered the next day.

Morrisons is giving a complimentary bunch of flowers to homeowners in the scheme on their first order.

The supermarket said the partnership would enable it to deliver groceries to more than 20,000 older people, some of whom don’t have the technology or aren’t able to order groceries online.

“We launched our doorstep service for those who were vulnerable and shielding in the early stages of the pandemic,” said Anna Lane, local director at Morrisons.

“Customers have since told us it’s been a vital service and that’s why we’re extending the service to new communities such as McCarthy & Stone’s homeowners.”

David Searle, MD of services at McCarthy & Stone, added: “The Morrisons doorstep delivery service allows our homeowners to independently get the groceries they need in a simple, convenient way.”