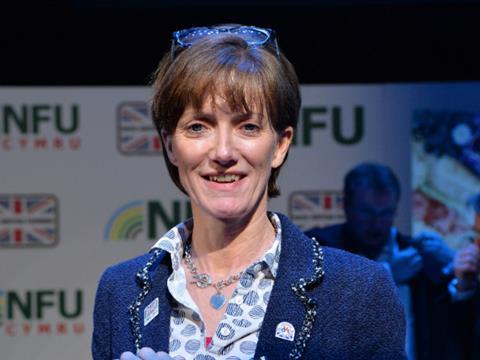 English Apples & Pears has appointed the NFU’s horticulture board chairman Ali Capper to the newly created role of executive chairman.

Capper is set to take the helm at the grower body from 27 March at EAP’s agm. Existing CEO Steven Munday will reduce his role in the organisation, while Phil Acock moves from chairman to vice chairman.

Apple and hop grower Capper has a background in advertising and PR, and has lobbied on behalf of growers during her tenure as chairman of the horticulture board, a role she will maintain alongside her responsibilities with EAP.

“I’m passionate about the top fruit industry and as a grower myself I understand the issues and the opportunities that face us,” said Capper.

“I’m looking forward to working with the EAP board and our new services providers to provide a best value solution to our grower shareholders.”

Munday announced he was stepping down as CEO last August, citing the need for an experienced lobbyist at the head of EAP as the sector prepared for Brexit. He took over from industry stalwart Adrian Barlow in the summer of 2016 and led a reshuffle in EAP’s organisational structure, modernising the association to bring in a larger board of directors. The CEO role will be abolished when he steps back from the organisation at the end of the financial year.

The executive chair role was set to be less time intensive due to Munday’s modernisation of EAP, including moving its administration and finances to the British Growers Association and outsourcing its marketing and PR to Richmond & Towers. The new executive chair would act as a figurehead for the organisation, lobbying on behalf of the industry and becoming the head of the company, Munday told The Grocer.

“On behalf of the board, I would like to thank Steven for all his hard work in delivering our modernisation programme, which has put EAP in a much better position to concentrate on the important elements of working on behalf of our growers,” said Acock.

“It is now clear that we need someone who has an empathy for the industry and who is an experienced and successful lobbyist and we believe that Ali is a perfect fit for this role.”