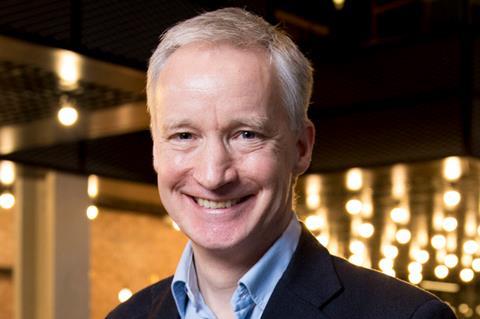 As is required of the role, Gurr’s appointment was approved by prime minister Boris Johnson

Gurr has spent eight years with Amazon, serving as president of Amazon China from 2014 to 2016, when he was named UK country manager.

He will start work at the museum later this year, replacing current director Sir Michael Dixon.

“The Natural History Museum’s vision of a future where people and planet thrive has never been more relevant and it is a privilege to be invited to lead this globally important cultural and scientific institution,” Gurr said of his appointment.

“I am passionate about the work the museum is doing to tackle the planetary emergency by using its unrivalled collection and leading scientific research to connect millions of people a year with nature. I can’t wait to join the team.”

As is required of the role, Gurr’s appointment was approved by prime minister Boris Johnson.

Prior to joining Amazon, Gurr was chair of the board of the Science Museum. He has also served as a university maths and computing teacher in Denmark, worked as a partner at consultancy firm McKinsey and board director at Asda-Walmart.

An Amazon spokesman thanked Gurr for “more than eight successful years at Amazon”.

“Doug will be missed at Amazon, but as someone who has always been passionate about culture, science and learning, we’re delighted for him that he’ll be leading one of the UK’s great cultural and scientific institutions,” the spokesman said.

A new UK country manager would be announced in due course, the spokesman added.