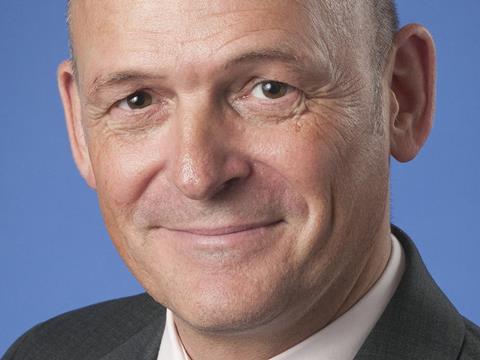 CJ Lang chief executive Colin McLean has dipped into the talent pool from his previous employer, Scotmid Co-operative, as part of a strengthening of its top team.

The Scottish Spar wholesaler and retailer has hired a new recruit from Scotmid in the form of Brian Straiton and has created a new role for company stores director Jamie Buchanan (pictured).

CJ Lang said Straiton would focus on “operating efficiency and consistency of store processes and standards in order to deliver optimum sales and profitability”.

Straiton was previously regional business manager at Scotmid and worked for Botterills Convenience Stores - a 51-strong chain of convenience stores that Scotmid took over more than eight years ago - for 24 years, having started out as a management trainee.

He also worked for Somerfield and began his career on a youth training scheme at Fine Fare.

Buchanan moves to the new role of format and merchandising director, which will embrace both company-owned and independent Spar stores.

The company said his focus on merchandising direction, together with format development, would make “a significant impact on overall business profitability”. The changes come as CJ Lang looks to sharpen its pricing and work on other initiatives to drive “profitable growth”.

CEO McLean told The Grocer last November the business was going back to basics and working on what it needed to do to get “the right product, the right availability and the right pricing”.