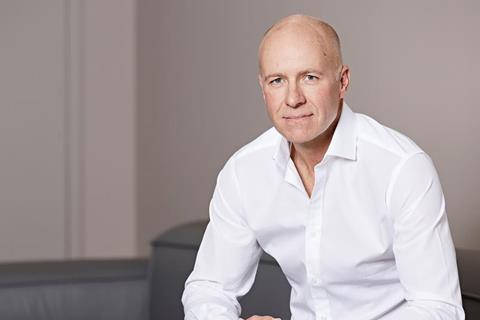 James Mayer (pictured) is a 17-year veteran of the business

Danone UK & Ireland has given its business a major shake-up and hired a new president.

The fmcg giant has combined its four category businesses – specialised nutrition, plant-based, dairy and waters – into one “unified” entity led by a new leadership team with James Mayer, previously senior VP for specialised nutrition in Europe and North America, at the helm as president.

The wide-ranging restructure would “boost its growth opportunities by maximising insights and expertise across the business”, said Danone.

It would “ensure Danone UK & Ireland offers a more localised approach, enabling the business to best meet specific marketplace and consumer needs, and tap into developing growth spaces such as healthy ageing and plant-based alternatives”, the business added.

It was “an exciting time for Danone, and I’m incredibly proud to be leading the business into this new chapter”, he said. “Bringing together our category expertise will enable us to explore existing growth areas, as well as maximising new opportunities like the plant-based sector.”

However, the restructure had “unfortunately resulted in some redundancies,” a Danone spokeswoman told The Grocer.

Danone had “worked to minimise these through an extensive consultation process and offering employees the opportunity to apply for vacancies, while carefully managing hiring over the last year”, she added.

“The total redundancies are less than 5% of our employees in the UK and Ireland and consist of mainly management positions. All impacted employees have been offered full support packages and enhanced redundancies.”

It comes as Danone appointed former Barry Callebaut boss Antoine de Saint-Affrique as CEO this year after the business struggled with falling sales in 2020. In the UK, its bottled water sales were hurt particularly badly by the collapse of on-the-go sales during lockdowns.

Saint-Affrique replaced chairman and CEO Emmanuel Faber, who was ousted by the company following pressure from activist investors.