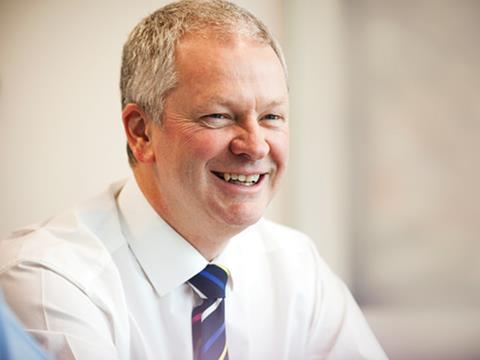 Sheldon most recently worked as interim MD of Medina Dairy

Ex-Dairy Crest dairies and Medina Dairy MD Mike Sheldon has left the dairy sector after more than 25 years to take the helm of Vitacress’ Salads division.

Sheldon, who spent the time following his departure as Medina’s interim MD last December working in consultancy, has taken over as MD of Vitacress Salads from Chris Hall, who stood down in May.

Sheldon worked for Dairy Crest in a variety of management roles for almost 23 years before leaving the business ahead of the acquisition of its milk division by Müller in 2015.

He told The Grocer he had left the dairy sector with a “heavy heart”, but was looking forward to the new challenge of working in the produce sector.

“It’s a fresh product, supplying the same set of customers as the dairy industry, and it’s a sector that’s growing,” he said.

“This is an exciting industry and a healthy product operating in the right consumer space. We’ve already had some investment at our Andover facility and have more planned for the future.”

Vitacress Salads, which owns the Steve’s Leaves bagged salad brand, saw profit before tax rise by 7.96% to £1.4m for the 12 months to 31 December 2017, according to accounts filed with Companies House. However, revenues fell by 10% to just under £47m.