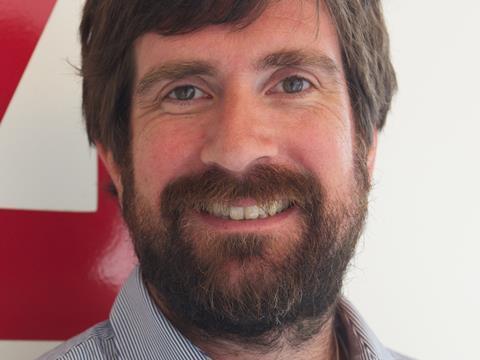 The marketer who pioneered Innocent’s oft-emulated tone of voice, Dan Germain, is to leave the smoothie brand at the end of the month to join Apple’s marketing team.

He has worked at the juices and smoothies giant since its inception in 1999, teaming up with founders Richard Reed, Adam Balon and Jon Wright having known them from Cambridge University.

“Before anyone even knew what a smoothie was, I was delivering drinks in a van or on my bike to West London coffee shops and cafés,” Germain told The Grocer.

Innocent’s early days saw him “involved in every aspect of the business” before he was made responsible “for creating the brand and tone of voice from scratch, and then making sure it was maintained and developed as the business grew”.

Over the years he has held several titles, including head of creative and group head of brand. Under his watch Innocent’s lighthearted, friendly tone of voice spoke to shoppers “in a natural, human way” - a way frequently mimicked by other grocery brands.

“I’m flattered other companies thought something we did was smart enough to want to copy it,” said Germain.

Nineteen years was “a long time to work in one place” he added. “Innocent is in growth, the culture is strong and it felt like a good time to move on to a new challenge, knowing I’ve helped build something great that will last for many years to come.”

While there would be no direct replacement for him, Germain was “leaving the brand in many pairs of safe hands”, after working with Innocent marketing teams “to make sure everyone is an expert in our brand and the ways we should be communicating”.

His contribution to the tone and culture of the Innocent brand “can’t be underestimated” a spokeman for the brand added. “Dan’s presence was hugely important in our formative years, and has continued to this day. His legacy will live on in the many great marketeers who continue to keep the Innocent brand strong today.”