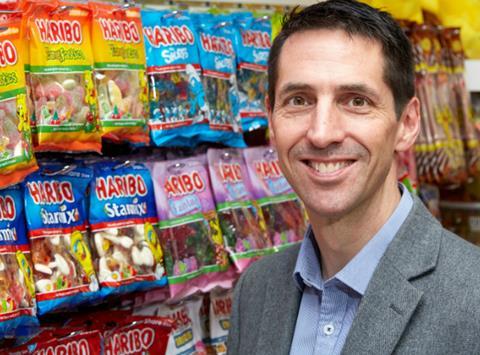 The appointment fills a position left vacant since Herwig Vennekens, who led the UK&I business for 10 years, left in the summer to take responsibility for Haribo Holding’s global sales and marketing.

Hughes was previously sales director for Haribo UK&I, which he joined in May 2017 from Toast Ale, where he still an advisory board member.

He began his fmcg career in 1995 as a graduate sales trainee at Heineken, before moving on to Henkel and then Kimberly-Clark. He returned to Heineken in 2004 for four years, rising to head of availability & sales support.

After stints with laser eye treatment provider Ultralase and M&A consultancy service Bennett-Hughes, he returned to food and drink in 2013, taking on the role of sales director for Red Bull. After more than four years, Hughes joined Toast Ale.

After taking up his sales position last year at Haribo, he worked on the introduction of the confectioner’s reduced sugar line Fruitilicious and supported the relaunch of Supermix.

The family-owned company was “pleased to welcome Jon to the role of managing director” said Vennekens. “Having supported the success of our business through his sales director role, we believe he is ideally placed to lead the UK & Ireland team. Jon will be instrumental as we maintain our market-leading position.”