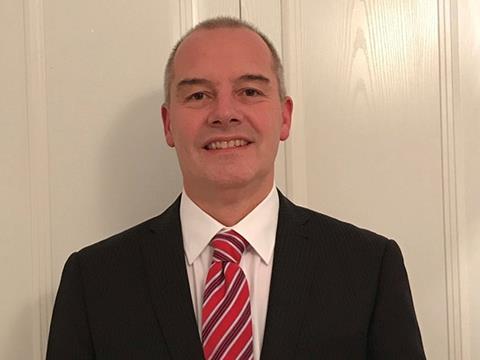 Cairns, who will be based in Darlington, covering north-east England, joins after a short spell working for Beanies The Flavour Co in the aftermath of P&H’s collapse at the end of last year.

He will report to Jeanette Gordon, the Glasgow-based wholesaler’s business development manager for the north of England.

Cairns’ had vast experience of the convenience sector and would work with Gordon to further grow Filshill’s business in the North, expanding its KeyStore portfolio and bringing new customers on board, said retail sales director Craig Brown.

Cairns described Filshill as an “ambitious and forward-thinking” wholesaler that understood its customers.

“Jeanette has gained customers’ trust and strengthened KeyStore’s foothold in the north of England,” he said. “My role is to emulate her success in the north-east of the country and gain further exposure for KeyStore.”

Cairns’ previous roles have also included a short time at Tyrrells Crisps, prior to which he enjoyed a 21-year career at PepsiCo, most recently as district sales manager.

Filshill’s growth in the north of England has already exceeded its 2018 targets, according to the company.

Gordon added: “We know there is significant potential to grow our business in the north of England and now that we have a ‘Team England’ I am confident we can take things to the next level.

“Retailers find our partnership approach and strong focus on customer service refreshing - this will help stimulate growth and maximise profit.”