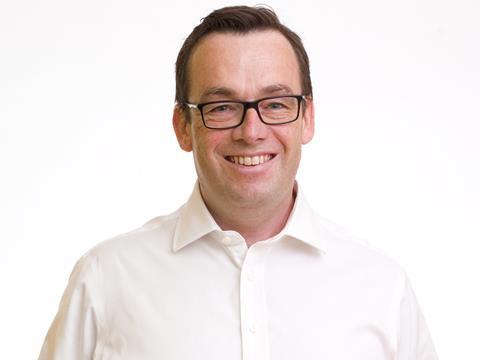 Frost will take over as CEO of Spinneys in November

Frost has headed up Waitrose’s B2B and commercial operations for three years, having started as head of grocery in 2010. He will assume his new role as CEO of Spinneys in November.

As one of Waitrose’s B2B partners, Spinneys will be familiar territory for Frost.

The Middle Eastern retailer has stocked Waitrose products since 2004 and struck a licensing deal in 2008, under which it agreed to operate certain stores under the Waitrose brand.

At the time, Waitrose said it hoped to have at least 20 branded stores in the United Arab Emirates by the end of 2010.

But these ambitions appear to have been scaled back, as there are currently eight Waitrose stores in the United Arab Emirates: five in Abu Dhabi and three in Dubai.

Spinneys has a total of 51 stores in the country, including 30 supermarkets and 21 convenience stores. The chain bills itself as “one of the Middle East’s leading supermarket chains” and has a focus on freshness and sustainability, selling organic and GM-free produce.

“Matt’s contribution over the last seven years has been really significant. Most recently he has lead the growth of our B2B activities, together with supporting our commercial teams through the excellent work of commercial operations.”