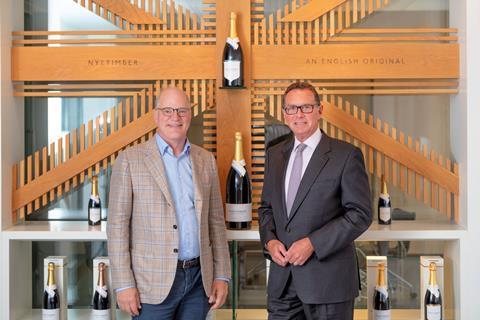 Carter has joined Nyetimber this month from Rolls-Royce Motor Cars, where he served on the board for nearly 14 years as director of global communications.

He has taken over from the business’ owner and sole shareholder Eric Heerema, who will assume the role of chairman of the board and continue to play an active role in guiding and directing Nyetimber.

Nyetimber MD Hans Sleeuwenhoek has also joined the board and handed over his responsibilities to Carter.

During his time at Rolls-Royce, Carter played a “central role in strategically redefining and repositioning it as a globally recognised pinnacle luxury brand”, said Nyetimber.

His depth of understanding of luxury brand management and considerable worldwide marketing, communication and management skills were “key assets” that he would bring to Nyetimber as the company built and expanded into the future, it added.

Heerema said he was “delighted to announce and welcome Richard as CEO”.

“Knowing him well, and given his extensive experience”, he was “confident that Richard will continue building on the success that Nyetimber has achieved and will contribute to the further growth of this unique brand.”

Carter said: “I have admired Nyetimber for many years as the leader and pioneer in the English sparkling wine movement.”

By harnessing his “extensive knowledge of the luxury market”, he looked forward to “driving the business forward through the next stage of its development”, he added.­