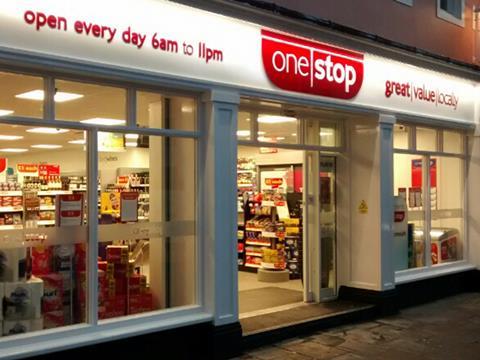 One Stop in Cockermouth, Cumbria

The man who spearheaded the launch of Tesco’s One Stop franchise model has left the business, as part of what the retailer called plans to “simplify” its operations.

Andrew King, who has headed Tesco’s move to build up franchise operators for the One Stop convenience store chain for more than three years, was leaving as part of the wider restructure of its operations, said the retailer.

King, who previously worked as a consultant for One Stop and was an ex-group operations director at Costcutter, was key to the launch of the ambitious One Stop expansion plan, which was rolled out in January 2014 after a five-store pilot the previous year.

He was successful in recruiting many independent retailers as well as store owners from rivals such as Londis, Premier, Nisa and Costcutter.

Tesco, whose One stop empire is part of the equation being looked at by the CMA in the probe into its merger plans with Booker, said One Stop head of operations John Miller would take on responsibility for the franchising side of the business.

One Stop currently operates more than 750 stores throughout England and Wales. Its franchise operation consists of more than 150 additional stores.

Miller, who joined the business in 2014, was previously a regional director with Musgrave.

King previously described its franchise business as “one of a kind”.

A One Stop spokesman said: “Our One Stop business remains a key part of our retail offer and our franchise business has gone from strength to strength since 2014.

“We’re currently making a series of changes to our service model across Tesco to further simplify our business, and our One Stop franchises will now be supported by John Miller. We are very grateful for the work Andrew has done over the last three years, and we look forward to building on these achievements.”