Rogier Gerritsen to take over as DS Smith recycling MD 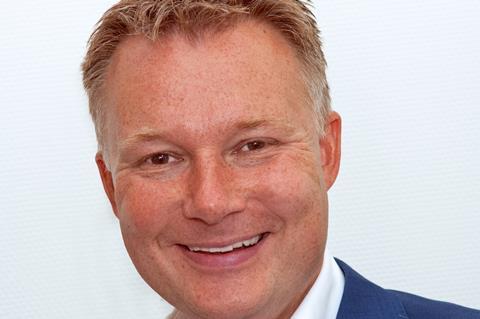 Gerritsen will transition into his new role in October

Packaging giant DS Smith has announced the appointment of Rogier Gerritsen as MD of its recycling division.

He will be responsible for the company’s recycling operations across Europe, managing about a million tonnes of paper annually for recycling by DS Smith and its partner mills.

Gerritsen joined the London-based supplier in 2012 from a six-year stint at SCA Packaging in the Netherlands. He has since held senior roles in both DS Smith’s packaging and paper divisions – including general manager of the De Hoop Mill in Eerbeek, Holland.

His current position is cluster director for DS Smith’s paper division, overseeing the operational and commercial activities of some of the company’s largest mills for recycled papers in Europe.

He will transition into his new role in October, replacing Jochen Behr who is leaving DS Smith at the end of July, after more than three years at the helm of the recycling division, to take up an opportunity in Australia.

Behr had “steered us through some challenging market environments whilst ensuring we maintain and grow the services to our customers” said Colin McIntyre, DS Smith’s divisional CEO for paper & recycling.

As the company eyed its next phase of growth, Gerritsen’s “extensive knowledge of paper and packaging production” would be key, McIntyre added.

Gerritsen said he was “excited about this new opportunity and the prospect of working in the sector as it responds to the recycling challenge that comes from huge changes in consumer shopping habits”.