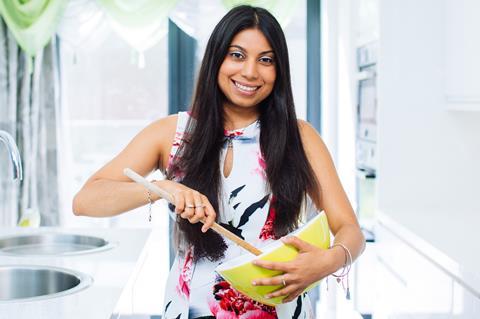 What was your first job? It was a paper round alongside doing some admin work for my dad, who runs his own mechanics business.

What was the first music single you bought? Justin Timberlake – frankly I was obsessed!

How do you describe your job to your mates? Fast-paced, challenging, as if you are riding a rollercoaster with huge highs and lows through a million different worlds.

What’s the most rewarding part of your job? Seeing the company and my team grow and develop – having a strong team around you is so important to daily success and productivity.

What’s your motto on life? I used to say ‘no risk, no fun’ when I was younger. I also strongly believe in the phrase ‘hard work beats talent when talent doesn’t work hard’.

If you were allowed one dream perk what would it be? Ban nuts from all transport! It would make my life so much easier.

Do you have any phobias? Yes, I am super scared of having an allergic reaction on a plane and not being able to get off the plane – that’s my version of hell. There are so many people who still eat nuts on planes.

If you could change one thing in grocery what would it be? Every section needs to have at least a variety of products catering for allergy sufferers. At the moment I find the free-from areas of grocery are not as free-from as you may think.

Depends what you call luxury! If there’s no water then I would say that’s a luxury so I would have that. If those basic needs are met then maybe a weapon like a spear!

What animal reflects your personality? For me it’s a bird. A kingfisher because I love freedom and new experiences, and I often dress in bright colours, particularly teal and turquoise.

What’s your favourite film? That’s a hard one because I love films. I’m split between The Shawshank Redemption and The Notebook – two opposite ends of the spectrum.

What would be your death row meal? If I could have anything I guess it would be all the things I was allergic to so that I could at least try them once, seeing as I was going to die anyway. I hope that doesn’t sound too morbid!