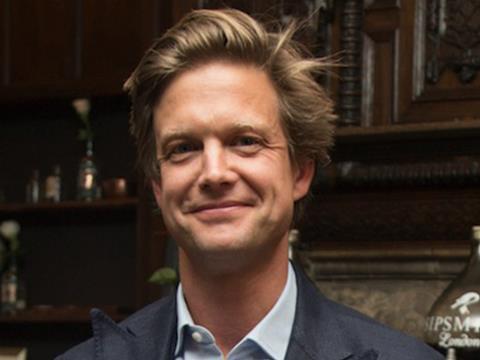 What was your first job? Sales exec at Fuller’s brewery in 1998.

What’s been your worst job interview? The interview for my first job. I parked my sister’s car by the River Thames and during the interview the loudspeaker announced that the Thames was rising and cars parked by the river needed to move. I had a choice to go for the job or save my sister’s car. I opted for the former and the Thames rose over my sister’s pride and joy. The next week they offered me a job!

What was the first music single you bought? Queen - A Kind of Magic.

How do you describe your job to your mates? Best job in the world! Leading the most brilliant team imaginable and driving Sipsmith Gin to new levels.

What is the most rewarding part of your job? Learning from my team and seeing the enjoyment they get out of the culture here at Sipsmith - people are at the heart of every drop we make and our distillery is still run by our characterful team in the heart of Chiswick, West London.

What is the least rewarding part? The commute from Cornwall and being away from my family.

What is your motto in life? Nothing is ever as bad as it might first seem.

Do you have any phobias? Running out of gin and being in very small spaces.

What luxury would you have on a desert island? A fishing rod.

What animal most reflects your personality? A swan (paddling like mad underneath while trying to remain graceful on top). It’s very much why I’m in love with our Sipsmith branding too, with the beautiful swan labelling.

What’s your favourite film and why? The Big Lebowski - just because.

What has been the most embarrassing moment in your life? Drowning my first company car at Fuller’s in the exact same spot I wrote off my sister’s car just a few months earlier.

Which celebrity would you most like to work with and why? Daniel Craig, as I’d take great pleasure in teaching him all about how to make a proper martini - using Sipsmith London Dry Gin as the backbone of course.

What would your death row meal be? Sipsmith London Dry Gin martini(s), with the best olives in the world.