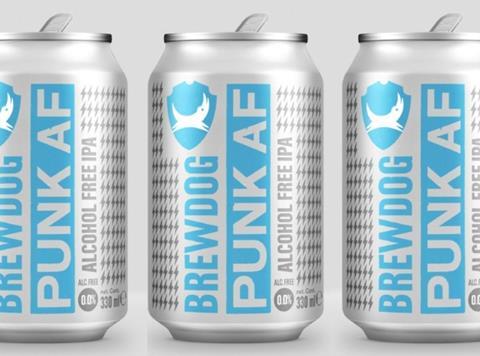 BrewDog is to release a 0.0% abv version of its bestselling Punk IPA.

The brand’s founder, James Watt, tweeted today (15 January) that BrewDog was “working on” an alcohol-free version of the brew, called Punk AF (AF being an abbreviation of ‘alcohol free’ and ‘as f**k’).

The new brew would “complement” Nanny State, its longstanding alcohol-free beer, Watt tweeted. No further information was given as to when it might be released.