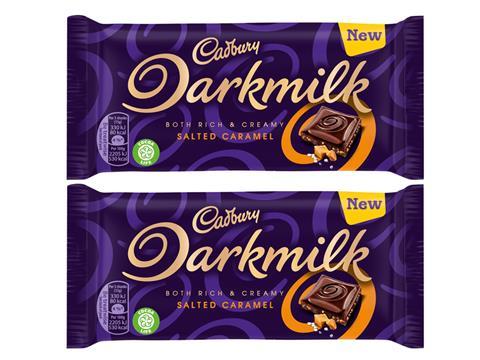 Mondelez has unveiled a third variant for Cadbury Darkmilk, its high-cocoa milk chocolate launched in September.

Also in 2019, Darkmilk will be supported by a £6m spend, including its first TV ad in May.

Made with 40% cocoa solids and 14% milk solids, the chocolate is expected by Mondelez to reach £10m RSV in its first full year of distribution – appealing to older consumers who “find dark chocolate a little too bitter”.